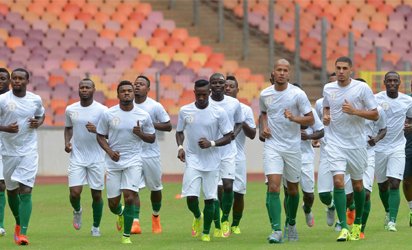 The latest FIFA ranking has shown that the Super Eagles of Nigeria is continually on the rise. Nigeria is currently 50th in the world and 7th in Africa, according to the latest rankings released for the month of October by the world football governing body.

Nigeria have been enjoying a steady climb up the table since the appointment of Coach Gernot Rohr. As manager, he has led the National team to three games, and was victorious in all three, among which are the two World Cup qualifiers against Zambia and Algeria, which ended 2-1 and 3-1 respectively.

Super Eagles climbed 10 places and are now 50th in the World and broke into the top 10 highest ranking countries in Africa as they now occupy the 7th position on the continent.