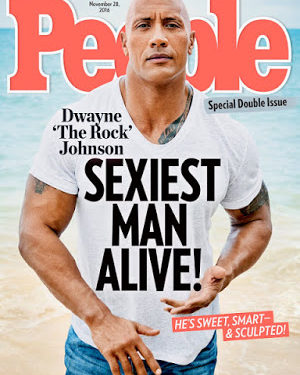 44 year old Dwayne Douglas Johnson, also known by his ring name The Rock, is an American actor, producer, and professional wrestler who holds both American and Canadian citizenship. He is currently signed to WWE on a part-time contract.