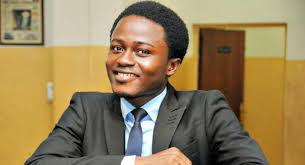 A death has been reported today of Yinka Adeparusi, a Nigerian photo-journalist who was earlier declared missing.

The media organisation published on its website on Tuesday that Mr. Adeparusi, a renowned photojournalist was killed in a motorcycle crash Sunday.

“NAIJ.com confirmed that he was involved in a motorcycle accident in Abuja and died on the spot,” the statement said.

Mr. Adeparusi, an award-winning photojournalist, left his residence in Abuja suburb of Kugbo on Sunday afternoon with a message that ‘I’ll be back’, his employers said.

But when he didn’t return, his neighbours —and later his colleagues— became worried, especially when they couldn’t reach him on the phone.

“This was quite unusual because Yinka was a soft-spoken, very professional and clear-headed individual; not the kind of person to wander off,” Naij.com said.

A brief citation that accompanied the statement described Mr. Adeparusi as an award-winning photojournalist who graduated from Lagos State University School of Communication, where he bagged double honours in Photojournalism and Cinematography and minor in mass communication.

Among other awards, Yinka received the People’s Choice Award for Human Rights Photography in Africa, German Development Media Awards in 2013 and was the winner of the photojournalism award of the 6th Wole Soyinka Award for Investigative Reporting in 2011.