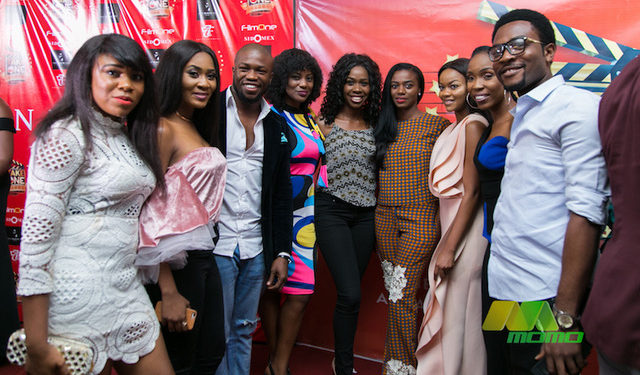 The highly anticipated movie, Dinner written, directed and produced by Jay Franklyn Jituboh was shown to a select group of celebrities as well as actors at the FilmOne IMAX Cinema in Lekki. Lagos on Friday, 11th of November and has since been getting rave reviews.

Photos from the red carpet were taken by Movie Moments (MOMO)