$176M Found in an Account Linked to Patience Jonathan 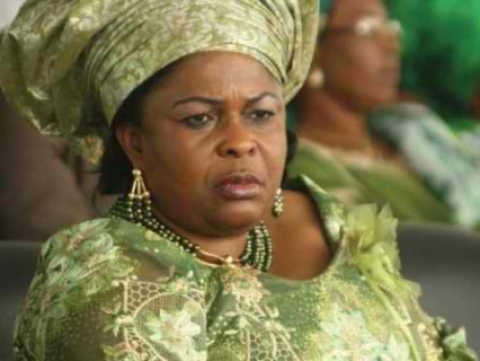 A sum of money totalling to $175,750,000 was discovered in an account connected to the wife of former President, Mrs Patience Jonathan. The trace of transactions reflected that the money was deposited as follows:

The deposits were found in the account of Pluto Property and Investment Limited, one of the firms linked to Mrs. Jonathan. The EFCC has launched a manhunt for two suspects, Toru Wonyeng Ibuomo and Friday Davies, linked to the curious deposits in four tranches within 14 months — between February 21, 2014 and April 1, 2015.
The anti-graft agency is probing how the cash was withdrawn from the domiciliary account with Skye Bank Plc without any trace of where it was diverted to.

The deposits are different from the $15.5million over which the ex-First Lady sued the EFCC, which placed No Debit Order on four accounts. But the company is one of the four convicted on November 2 for laundering the $15.5million, which Mrs. Jonathan insists belongs to her.

Barely two weeks after the conviction of the companies, the EFCC uncovered another $175, 750,000 deposits in the account of Pluto Property and Investment Company Limited.

The cash has, however, vanished from the bank.