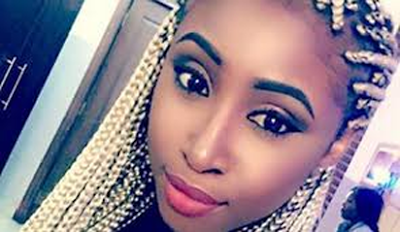 The MD/CEO of Anambra State Broadcasting Service (ABS), Mr Uche Nworah has responded to Miss Chidinma Okeke’s allegations that she was pressured by the organisers of the pageant into making the infamous sex video.

Miss Okeke had, in an interview with The Nation alleged that the organisers were behind the blackmail video. Mr Nworah said Miss Okeke is lying and that everything that happened during her reign was all contractually stipulated.  “She may have fallen victim to con men who tricked her into believing that she would win if she made a sex video.” He said she is a pawn in a ‘larger politically motivated conspiracy’. “On this former Miss Anambra sex scandal, the management of the Anambra Broadcasting Service had previously released a press statement disassociating the organisation from it. We still stand on that statement.” “We have also made statements on the matter to the law enforcement authorities. We understand that Miss Chidinma Okeke has also made statements to the law enforcement authorities so we eagerly await their findings,” he said.

Mr Nworah reported that the imbroglio is an attempt to push falsehood to the public and malign him and the organisation. He said ABS is a socially responsible organisation which fulfilled every part of the contract signed with Miss Okeke. He explained how he got the video through an anonymous person.