Admin
0
Wole Soyinka could be prosecuted by the American Government in the event of a purposeful destruction of his American Green Card. 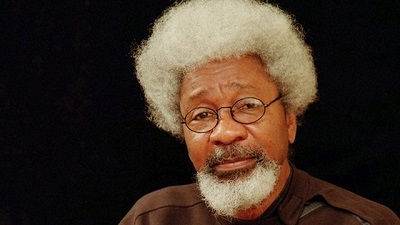 Ajulo gave the advice on Thursday in Abuja. It was reported that Soyinka issued the threat to destroy his American Citizen’s Card before voting begun in the keenly contested election between Trump and Hillary Clinton.

Most people around the World, including some huge population of Americans, had wished for the Democratic Party’s candidate to win the race to the White House.

The election of the Republic candidate as the U.S. President-elect had sent some waves of shock to most countries. Reacting to the threat, Ajulo warned Soyinka that he risked a jail term of three to seven years, if he (Soyinka) cut his green card.

“I have no problem with Kogi; he is an opinion moulder, an elder statesman and nation builder, who should know the implication of such act.

“Under the American law losing or having your U.S. green card destroyed can be a serious problem,’’ he said.

He said legally such is tagged as wishful destruction of government’s property. Ajulo said the truth is that Soyinka is far better and far bigger than that because such act is provocative and unacceptable.

He stressed that the literary icon is free to leave the country but does not have to tear the card; instead he should return the card as required by the law. Ajulo said the 82-year-old author, who is currently a resident scholar at New York University’s Institute of African American Affairs, should know better.

He said it has a lot of implications for Nigerians. Ajulo said green cards or passports are valuable documents and should be looked after it with care.

He said mishandling of passport could stop you from travelling not to talk of destroying green card. Ajulo described Soyinka as a good ambassador who cares not just about Nigeria but the world at large, advising him to keep to it.