I’m not finished yet – Chuddy K Reacts to Failure Tag 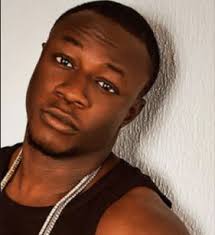 Pop singer Chuddy K in a recent outburst has lashed out at the suggestion that he was a washed-up artiste who failed to make a meaningful impact.

In a ‘TheNetng’ article, the singer was described “as a bad example’. The writer in the last paragraph wrote, “‘If you want to build a lasting career, if you want to dominate and fulfill your potential, then you need to be patient, study the game, get mentors/role models, study them find out what makes them thick and what their weaknesses are. That is the only way you can leave a lasting impression. If not, you’ll be a flash in the pan like Chuddy K and a whole lot of others.’

This left Chuddy K furious with the publication and he didn’t hold back as he poured his mind passionately on the social media against the perceived unfair statement that was written about him.

He wrote, “Why did he have to use me as a bad example in his write up. I have released five hit tracks in all my eight attempts at releasing a single. He doesn’t know my story and yet he had the guts to write shit about my life.

‘My career has been faced with ups and down, bad label executives mistreated me, I will make sure he eats his words and I will come down to your office and find out whoever that person is, just wait for me.

‘I don’t have a massive hit at the moment doesn’t give you the right to call me a failed artiste. I have done more than four comebacks. He better ask about me and know the truth about things before he writes shit.”