Come to Niger Delta by yourself – Militants tell Buhari 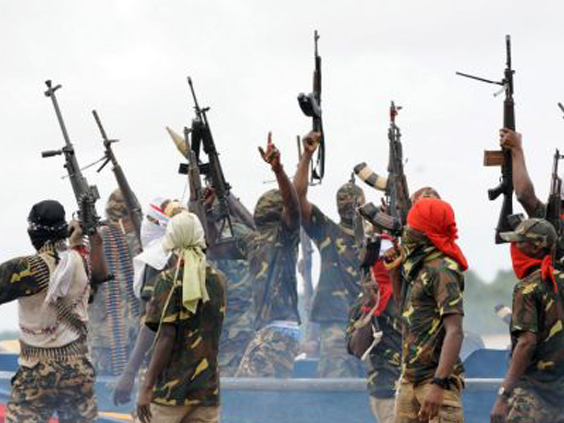 The Niger Delta Avengers have slammed President Buhari over what they have described as his demeaning treatment of people from the oil rich region, while also accusing the President of treating members of the Boko Haram sect like kings and queens.

The militants’ spokesman, Mudoch Agbimbo said “You cannot treat the Niger Delta region with disdain while you treat your brothers that are terrorists and kidnappers (Boko Haram) like kings and queens by committing the Red Cross and Red Crescent Movement from Geneva to witness your transaction with them before they released their hostages to you.

“We are disposed to dialogue but we want Mr. President to come down and negotiate with us rather than using his political aides who are sycophants and will be feeding him with wrong information. We will not take such from Mr. President; we want him to interface with us as a way to providing a lasting solution to the Niger-Delta crisis; we will not interface with political sycophants.”

Here is the full text of Donald ...