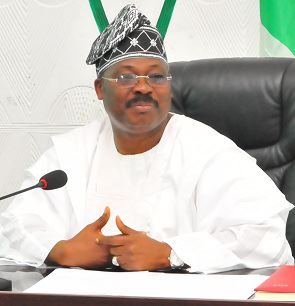 Oyo state Government has announced 50% reduction in the salaries of political office holders, their compensation, approval limits and government’s spending with immediate effect.

Alhaji Olalekan Alli, the secretary to the state Government  (SSG) disclosed this at a news conference held in Ibadan on Monday.

The SSG said that the state had been spending its monthly allocation from the federation account on payment of workers salary, which he said, stood at N5.2 billion.

Alli Said that the government had not reneged on its subsisting agreement with the labour unions to pay them 100 per cent of the monthly federal allocation to the state.

“The resources of government in the state dwindled as a result of the economic downturn“ “Considering the dwindled allocation, the best is for the state governments to look inward.