Man With 4 Legs To Have Them Removed After 22 Year 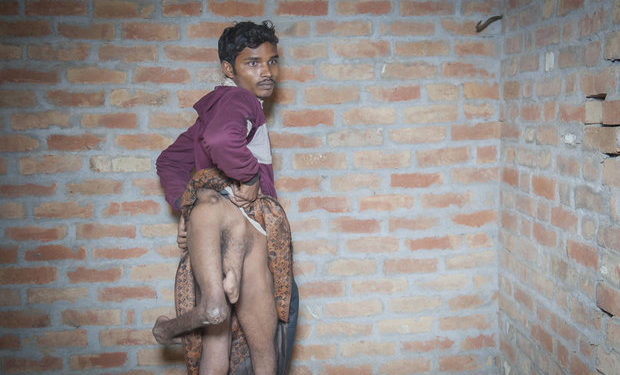 A Indian man born with four legs has appealed to doctors to amputate his two extra limbs after living with the bizarre condition all his life.

22 year-old Arun Kumar has two limbs on his lower back – one underdeveloped and the other permanently bent at the knee.

After living without any treatment, Arun, appealed through social media for medical help.

A team of specialists responded to Arun’s plea for help and organised a series of tests.

Arun said: ”If I get an operation and doctors take off my two extra legs, then I can also live a normal life.

”I may be able to move and walk properly like others.

”When I go back to hospital, I will meet doctors. If they are willing to do an operation, then I’m ready.”

Despite not being able to move his extra legs, the man from Uttar Pradesh does have feeling in them.

Daily Star reports that when Arun was born his parents sought treatment in cities across India.

Arun’s mother Kokila Devi said: ”During childbirth he got stuck and didn’t come out without pain. And when he came out, all his limbs were the same size.

”When my father-in-law saw Arun he took his bullock cart and took me to Farrukhabad.”

The doctors at Farrukhabad deemed Arun’s extra legs too risky to operate on – especially on such a young baby – and the family were sent home.

The family were forced to return to their village and learn to live with his condition.

Arun with his family

”Then we got disheartened and came back to our village and everyone here said, it’s okay just live like this.”

Arun, after his appeal on social media, was contacted by specialists at Fortis Memorial Research Institute in Delhi for an assessment.

Dr Sharma arranged a series of tests to find out how the extra legs are connected and how they are affecting his body.

Lolo1 comes under fire for dancing with ...