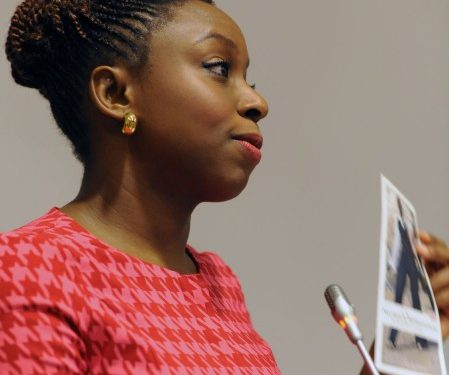 Award-winning Nigerian writer, Chimamanda Ngozi Adichie has said president Muhammadu Buhari had thrown away the chance to make “real reforms” in the early days of his administration.

Adichie wrote extensively about Buhari’s government in an article published on New York Times. She said Buhari’s outdated economic approach and the seemingly selective corruption battle had led to a “declining hope” in his government.

The award-winning writer explained that Buhari had, in many situations, seemed disengaged, saying his “tone and demeanour” remind one of 1984 when he was a military head of state. “For the first weeks of his presidency, it was said that civil servants who were often absent from work suddenly appeared every day, on time, and that police officers and customs officials stopped demanding bribes. He had an opportunity to make real reforms early on, to boldly reshape Nigeria’s path. He wasted it.

“Perhaps the first clue was the unusually long time it took him to appoint his ministers. After an ostensible search for the very best, he presented many recycled figures with whom Nigerians were disenchanted. But the real test of his presidency came with the continued fall in oil prices, which had begun the year before his inauguration,” Adichie wrote.

Adichie spoke on various other issues varying from dependency on oil which price has plunged to the presidency insistence on blaming his predecessors.

On ethnic stance of Mr President, Adichie said: “Buhari behavior suggests he is tone-deaf to the widely held belief among southern Nigerians that he promotes a northern Sunni Muslim agenda. He was no less opaque when the Nigerian Army murdered hundreds of members of a Shiite Muslim group in December, burying them in hastily dug graves.”

As a result of her comment, Adichie appeared to be taking her place among the literary greats who have become political critics, following the steps of Chinua Achebe , Wole Soyinka among others.