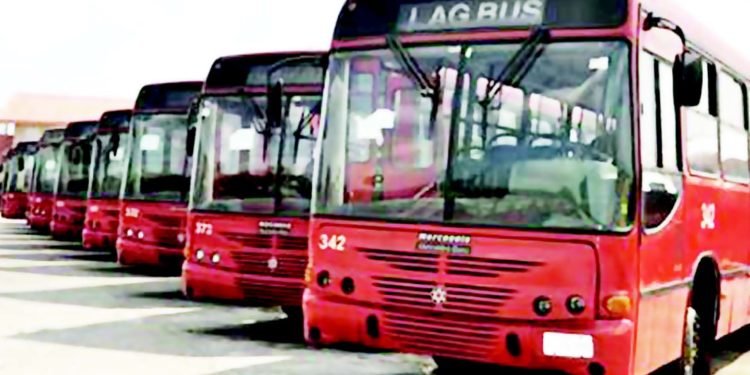 LAGBUS Franchise Forum operators of high-capacity red buses in Lagos on Monday made appeal to Gov. Akinwunmi Ambode to save their investment from ruin following the government’s prohibition of their services on Bus Rapid Transit (BRT) corridor.

The chairman of the forum, Mr Role Odukale made the appeal while briefing newsmen in Lagos.

Odukale, who spoke on behalf  the 17 operators of LAGBUS franchise, said that the development would not only kill their business but also bring hardship to residents of the state.

“For us, it is the people that will suffer as evident today across bus stops in Lagos. This situation will add to our woe, we will not be able to meet up with our bank obligations because we borrowed money from banks.

“What this means is that few buses will be available to serve over 20 million residents of the state. It is important to know that about 5, 000 people we engage in our services will lose their jobs. This directive should be reversed.

“The step taken by the government to restrict red buses will bring monopoly into the system, which can lead to exploitation. Our investment is huge, let the government save our businesses and the people.

“None of us has less than 20 buses and a depot each, No one has invested less than N300 million. More than N5 billion investments in danger. We have about 1200 buses in this investment.”

The chairman said that the restriction would also affect foreign investment into the country, adding LAGBUS operations was just like a social services to the people.

“We started operations since Feb. 2007 and we maintained the same fare up till date in spite of the increase in the price of diesel and maintenance. We also use our buses to carry people free at every
festive season.

“We also pay the royalty on every passenger to the state government  in advance, even before picking the passengers. What we are doing is more or less social services,” he said.

It would be recalled that the state government on Monday commenced restriction of LAGBUS branded buses inside the BRT dedicated corridor along Ikorodu-CMS.

The government also prohibited LAGBUS from picking and dropping passengers along the Western Avenue as well as onboard ticketing on LAGBUS which led to the suspension of LAGBUS operations across routes.

As seen in the Ikorodu area today, the people have started bearing the brunt of the development as many commuters were seen stranded.