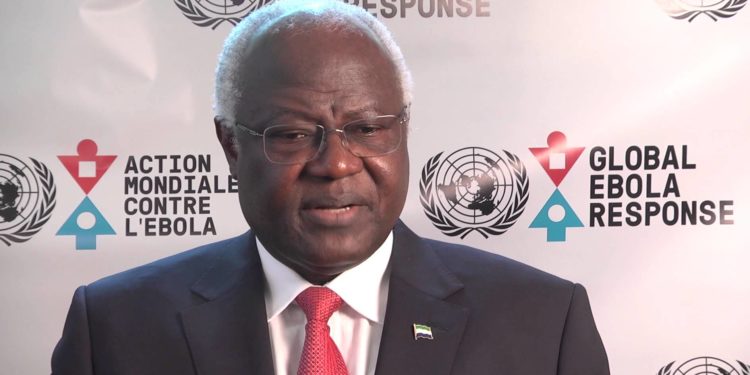 Sierra Leone will on Monday observe three minutes silence across to commemorate the end of the Ebola epidemic.

The whole nation is to observe a three-minute silence, the presidency has declared.

Monday November 7 marks exactly one year since the country was first declared Ebola-free by the World Health Organisation (WHO).

The epidemic, which began in neighbouring Guinea in March 2014 later spread to Liberia and then Sierra Leone. According to WHO figures, Ebola claimed 11, 323 lives among 28, 646 people infected by the haemorrhagic fever disease.

It was declared free of the virus for the second time on March 17 this year.

The government emphasised the need to remember not just those who lost their lives to the disease but also the unity of the nation to overcome the epidemic.

At exactly 11 AM, the whole country is expected to embark on a three minutes silence, with flags on government building lowering half mast, a statement signed by the Secretary to Sierra Leonean President, Ernest Bai Koroma, ordered.

Traffic flow will halt and lessons in schools and all other learning institutions will stop for the course of the period.

We are ready for war, militants tell ...