Admin
0
New details of events that led to the demise of a top Nigerian military commander, Abu Ali killed by Boko Haram terrorists have surfaced as his close allies begin to open up. 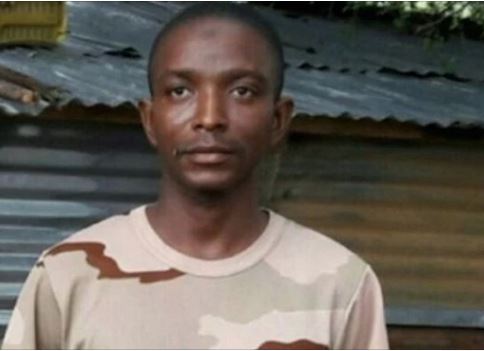 Muhammad Abu Ali
Had fate chosen a separate sequence of events, Muhammad Abu Ali, the lieutenant-colonel killed by Boko Haram on Friday, would still be alive.

But a senior army official who spoke with TheCable on Sunday said Ali was close to leaving Mallam Fatori ahead of an army raid on Sambisa Forest.

The officer, who asked not to be named, also confirmed that Ali was not in his tank — his most prized weapon — when the attack happened.

“He was outside the tank; he was outside with his radio system. And because it was dark, nobody could exactly see the enemies who shot him,” he said.

“The firing came from behind. When these people [Boko Haram] came, he went towards that direction to see what was happening. He was not in the tank.”

He also spoke about how the soldiers who were killed with Abu may have survived if they had the most basic tool for smothering night attacks.

“You know, night attacks are always difficult,” he said.

“If you’re going for night attacks, you need your night sight — your night vision goggle — so that you can identify your targets clearly. You know what it means to fight in the dark? Confusion. You don’t know who is who.

A battalion normally comprises 700 soldiers, but the army typically deploys under-strength battalions against Boko Haram, some containing 300 to 400 soldiers.

“Ali went to Mallam Fatori, and the while thing was successful, it was after the operation that this Boko Haram attack was launched,” the official continued.

“The army was preparing for an attack in Sambisa, so Ali was to withdraw from Mallam Fatori ahead of the Sambisa operation. He was preparing to come back when this thing happened.

“There was serious preparation, which means it would happen soon. He had already received orders to withdraw from Mallam Fatori and come for onward movement to Sambisa. It also means that if Boko Haram had delayed that attack by a few days, Ali might have left Mallam Fatori alive.”

Watch a video of when the Chief of Army Staff, Lieutenant General, Tukur Yusuf Buratai decorated him as a lieutenant Colonel with other soldiers cheering him up: