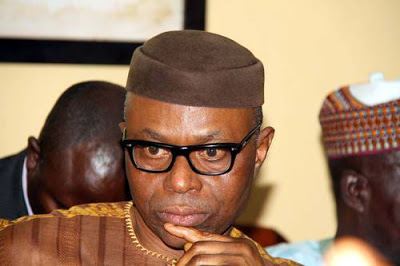 In her letter of resignation dated Nov. 2, 2016 and addressed to the governor, Morolayo said, “this is to formally inform Your Excellency of my resignation from the government of Ondo State due to circumstances beyond my control.

“Your Excellency, let me also use this medium to thank and appreciate you for counting me worthy to serve the good people of Ondo state in this capacity.’’

She, however, informed the governor that his decision to have his successor from the Central Senatorial District, where he hailed from, would make Peoples Democratic Party (PDP) to lose the Nov. 26 governorship poll.

Morolayo and Ojo on Wednesday formally declared their membership of the APC. A statement by the APC’s Publicity Secretary in the state, Mr Abayomi Adesanya, said the two politicians were received into the party by the deputy governorship candidate in the forthcoming election, Mr Agboola Ajayi.

The statement said that the two new members had pledged to work for the success of APC in the election.

It stated that Ajayi assured the defectors of equal opportunities and urged them to work assiduously for the party’s victory and progress in the state.

How to Deal with Horrible Bosses