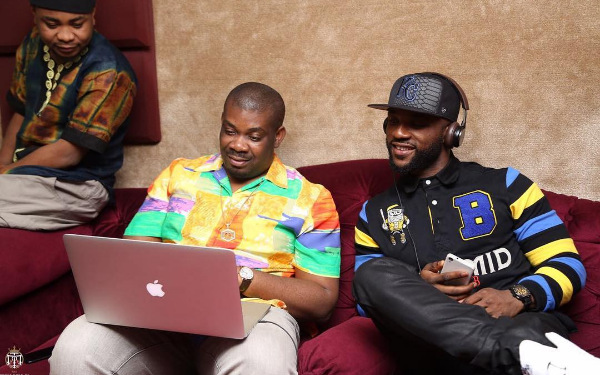 Popular Nigerian entertainer and musician, Iyanya, has been reported to have dumped his record label, Made Men Music Group (MMMG) and officially joined Mavin after months of speculations.

The news was broken early morning on Monday by Iyanya and Don Jazzy.

Reports of Iyanya’s plan to dump MMMG owned by Ubi Franklin had earlier on trickled in. However, the announcement is trending and has generated a lot of social media comments. The announcement also signaled the release of a new single, called “Up to Something’’ featuring Don Jazzy and Dr. Sid.

In his tweet on Monday, Iyanya said, “Marvin Activated!’’. Don Jazzy said SMD is pleased to welcome Iyanya to the Mavin Family. :Pls join us to welcome him and let the world know.” Don Jazzy announced that Iyanya is now a part of the Mavin family joining Reekado Banks, Korede Bello, Di’Ja, D’Prince, and Dr. Sid. They also have two in-house producers, Baby Fresh and Altims.

Writing on his Instagram page, Don Jazzy says “The SUPREME MAVIN DYNASTY is pleased to welcome Iyanya to the ever growing Mavin Family. The deal which has been sealed, signals a new turn for the singer who has spent the past 6 years running his record label, in partnership with his manager and partner, Ubi Franklin.

Iyanya, until his decision to quit, was a co-owner of MMMG, an outfit he runs with his manager and friend, Ubi Franklin. The duo set up the record label in 2011, where they have Tekno, Selebobo, Mr. Chibbz, and Tonye Garrick all signed. Singer Emma Nyra was once part of the record label, until she acrimoniously departed in 2014 due to personal reasons. Baci was also affiliated with the label for six years, but he was never offered a contract. He left in 2016.

Iyanya Onoyom Mbuk was born on 31st October 1986, known by his stage name, Iyanya. He is best known for winning the 2008 MTN Project Fame West Africa as well as for his song “Kukere”. He released his debut studio album, My Story, in 2011 and supported by the singles “No Time” and “Love Truly”. Desire, his second studio album, contained the singles “Kukere”, “Ur Waist”, “Flavour”, “Sexy Mama”, and “Jombolo”. He won the Artist of the Year award at The Headies 2013.