Fani-Kayode did not slump, he is enjoying jokes with Obanikoro in custody – EFCC 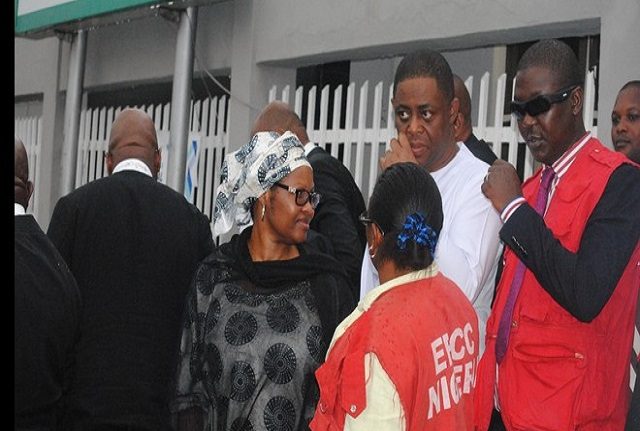 The spokesperson of the Economic and Financial Crimes Commission, EFCC, Mr. Wilson Uwujaren, has denied claims that former Minister of Aviation and spokesperson to former President Goodkuck Jonathan’s campaign Organisation, Femi Fani- Kayode, slumped at their premises On Monday.

Mr. Jude Ndukwe, the Spokesman of ex-Aviation Minister Mr. Femi Fani Kayode, in a statement released on Monday night claimed that the latter, who was recently rearrested by the EFCC, slumped while in custody.

According to him, Fani-Kayode is not a hundred percent healthy and his rearrest complicated issues.

But while speaking with newsmen, Uwujaren said there was no truth whatsoever in the report

“There is no truth whatsoever in the dubious and attention-seeking alarm that Fani-Kayode slumped and was revived by EFCC medical personnel.

“There was nothing like that as the said Fani-kayode and Obanikoro sat together and enjoyed their jokes at the first round of checks of inmates in EFCC custody on Monday night”, he said.