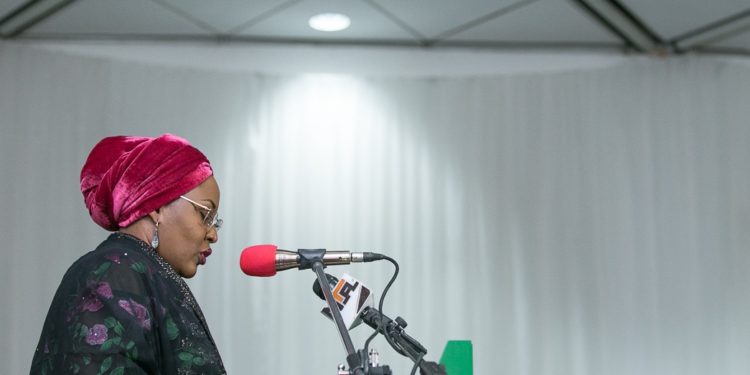 More revelations have emerged from an interview granted by President Muhammadu Buhari’s wife, Mrs Aisha Buhari to the Hausa service of the British Broadcasting Corporation (BBC).

In the BBC interview, Aisha Buhari lamented that the president “does not know” most of the top officials he has appointed. She also cites the restoration of relative calm to the northeast as the one notable achievement of her husband’s administration.

Mrs Buhari said: “The president does not know 45 out of 50, for example, of the people he appointed and I don’t know them either, despite being his wife of 27 years.”

The president’s wife hinted that the government had been hijacked, saying a “few people” were behind presidential appointments.

BBC’s Naziru Mikailu who conducted the interview stated that Mrs Buhari’s decision to go public with her concerns will shock many people, but it shows the level of discontent with the president’s leadership.

It is indeed uncommon for first ladies to openly challenge the validity of the choices their husbands make but Mrs Buhari went a step further to threaten that she may not join the campaign trail if the president were to contest in the 2019 elections.

“He is yet to tell me but I have decided as his wife, that if things continue like this up to 2019, I will not go out and campaign again and ask any woman to vote like I did before. I will never do it again,” she said.

Asked what she regarded as the government’s major achievement, she said it was to improve security in the north-east where militant Islamist group Boko Haram has waged an insurgency since 2009.

“No-one is complaining about being attacked in their own homes. Thankfully everyone can walk around freely, go to places of worship, etc. Even kids in Maiduguri have returned to schools,” she said.

Mrs Aisha Buhari’s full interview will be aired on the BBC Hausa service on Saturday, October 15.