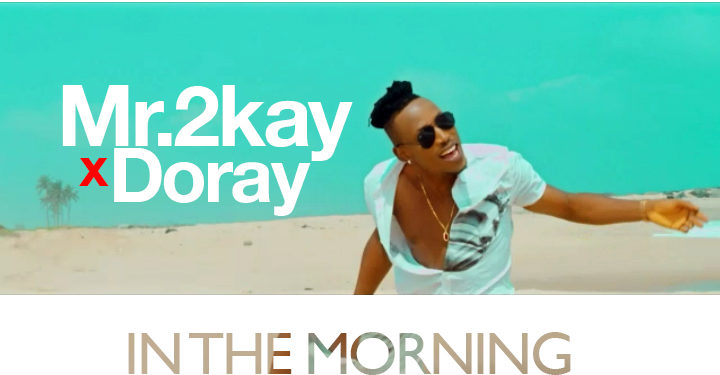 Following the premiere  of the audio version of single In the Morning  to rave reviews, Grafton Entertainment star,  Mr 2kay has finally released the video  for the hit song.

Shot on an undisclosed beach in Lagos, by music video director, Adams Gud, the video  creatively depicts a romantic getaway for both the singer and the featured artiste; Doray.  The very vibrant video casts only four acts( two couples) which aptly centralises the focus on the message of the song.  The utopic feel that the beach side and clear blue sky effects also compliments the theme of the song which is predominately love and wanting to always be close to one’s lover.

The Afro Pop version of  In The Morning single which was produced by UK based producers, Team Salut was originally premiered on BBC XTRA1 RADIO UK, CAPITAL XTRA UK and BEATFM LONDON.

The single can easily be rated as one of the most successful works of the artiste following the mileage the single has achieved and the intercontinental appeal it has garnered over the months since its release.