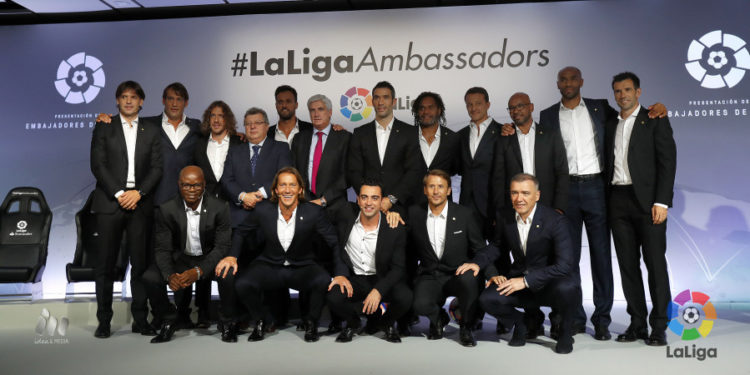 Together, this dream team will be charged with flying the flag for the competition all over the world, according to LaLiga’s official website.

Fernando Sanz, a LaLiga global ambassador as well as the organisation’s MENA office manager and director of international projects, will oversee the LaLiga stars.

“The LaLiga Ambassadors programme has been a resounding success. It is the most successful of all the international projects we’ve rolled out at LaLiga and, dare I say, it’s even won us admiration. It’s a real privilege to be part of this team,” Sanz said during the ceremony.

Adepoju, who played over 175 games in Spain’s top flight and is LaLiga’s sub-director for Nigeria, will be leading the line when it comes to boosting the brand’s reach and prominence in Africa.

David Villa, one of the recent recruits, expressed his delight at his new role. “It’s a great challenge. I’m thrilled at the opportunity to lend LaLiga a hand so it can gain more recognition in the United States and bolster its image worldwide. I hope I can rise to the task and help LaLiga grow across the planet,” the former Barcelona and Valencia striker said.

Kim Kardahsian opens up about her attack