MediaGuide.NG Magazine new edition is out with a cover story titled “The Long Journey through the Voice Nigeria”. This edition of the magazine has the winner of the maiden edition of The Voice Nigeria, Agharese Emokpae, popularly known as A’rese beautifully gracing the cover.A’rese emerged winner of the competition which started with 47 contestants. She was awarded a recording contract, an SUV worth N7 million and a 4-night all-expense paid ticket to Abu Dhabi. 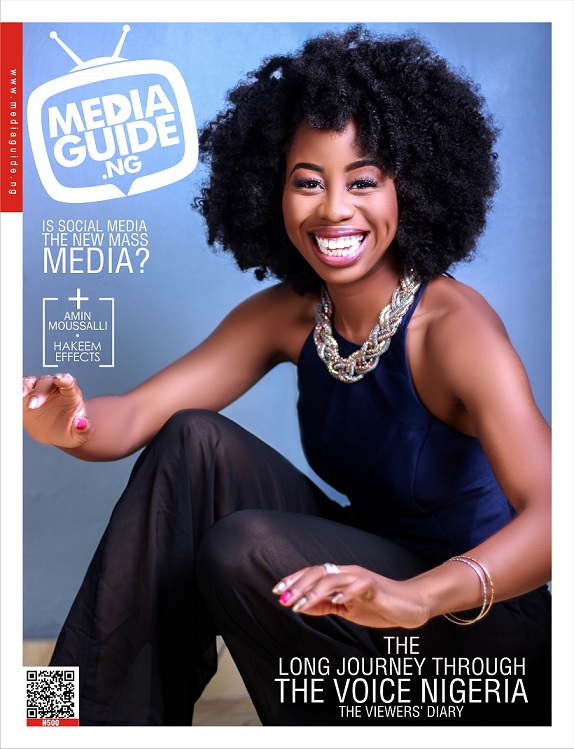 According to Kolade Akeni, the publisher of the magazine: “we did not see ‘The Voice Nigeria’ coming, but it came, and it was big! Our TV screens were brought to life for 17 straight weeks through Africa Magic Showcase with the maiden edition of the big show.”

The magazine also has key features such as Amin Moussalli, the founder of AIM Group, showcase of Hakeem Effects works and others.

RUGGEDMAN GETS FRENCH KISS AT HIS #Tswshindig