Alex Iwobi is a blend of Okocha and Edgar Davids – Ozil 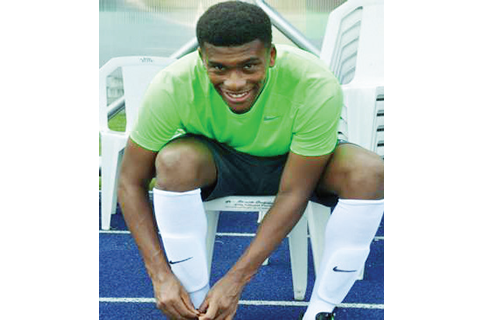 Arsenal midfield maestro Mesut Ozil has described Super Eagles striker, Alex Iwobi, as the perfect blend of Jay-Jay Okocha and Edgar Davids. Iwobi, 20, has been in great form in the opening weeks of the season with three assists so far this season.

‘Alex reminds me of a mixture of him (Okocha) and Edgar Davids,’ Ozil said in Arsenal’s match day programme. ‘He’s really strong on the ball, also defensively, but he’s good in front of goal too. ‘He’s developing really well and if he continues the way he’s been playing for the whole season, he will enhance his game.

The manager knows exactly how good he is and I wish him all the best,” he added. Meanwhile, Alex Iwobi, says he has put behind his absence from the football event of the Rio Olympics describing it as a blessing in disguise. “I would like to have played in the Olympics but doing that would have been a big setback for me,” Iwobi told theLondon Evening Standard.

The ABCs of Winning Employee of the ...