93 DAYS, THE ONLY NOLLYWOOD MOVIE TO PREMIERE AT THE CHICAGO INTERNATIONAL FILM FESTIVAL 2016 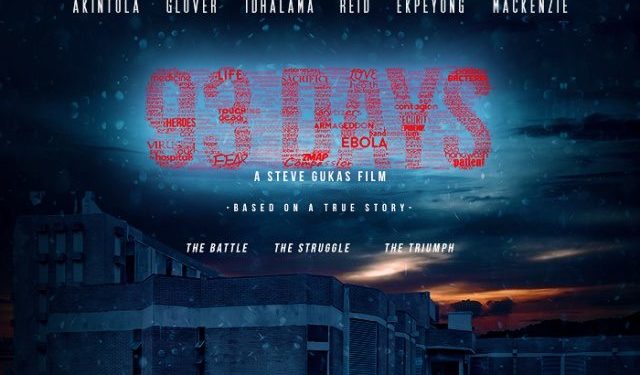 The Chicago International Film Festival 2016 has announced its astounding selection of movies to screen at this year’s festival.

The real-life drama is a captivating movie on how Nigeria courageously contained the Ebola pandemic resulting in the prevention of a national disaster. The title, 93 Days signifies the period Nigeria experienced its first case of Ebola to the day the World Health Organisation declared the nation Ebola free.

“The real life heroes who stories are told in “93 days” should always be remembered and celebrated. I commend my producing partners: Bolanle Austen Peters, Dotun Olakunri and Steve Gukas for a job well done! Having the USA premiere in Chicago my home town is incredible for me and the city” – Pemon Rami, Producer, 93 Days

WATCH THE TRAILER BELOW;