Putin is a better leader than Obama – Trump

Donald Trump has showered Vladimir Putin with praise as he and rival Hillary Clinton took pointed questions from military veterans.

The Republican presidential nominee told the forum the Russian president “has been a leader far more than our president [Obama] has been”.

It came on the same day the chief of the Pentagon accused Russia of sowing the seeds of global instability.

Mrs Clinton, meanwhile, defended her judgment despite her email scandal.

The White House candidates appeared back to back on stage in half-hour segments in New York on Wednesday night. 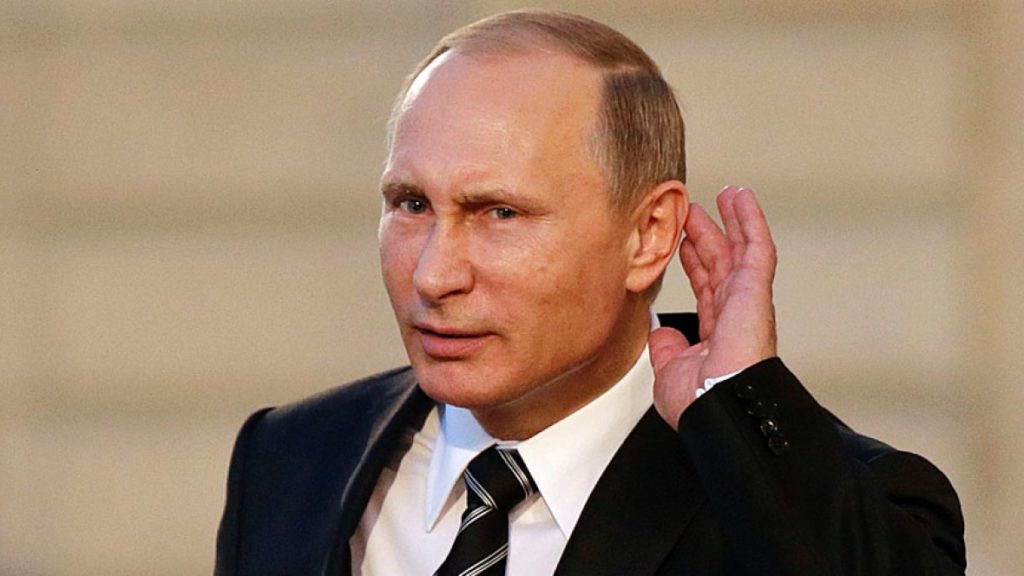 Quizzed by ‘NBC’ host Matt Lauer on his previous complimentary remarks about Putin, Trump responded: “He does have an 82% approval rating.”

“I think when he calls me brilliant I’ll take the compliment, ok?” added the businessman.

He said Putin had “great control over his country”.

Trump also predicted that if elected in November, “I think that I’ll be able to get along with him.”

The property magnate recently drew sharp criticism when he urged Russia to dig up the emails that Mrs Clinton deleted from her email server.

It is not the first time Trump has made admiring comments about the Russian leader.

Last December he said it was “a great honour” when Putin called him “a talented person”.

In a speech at Oxford University, Carter also appeared to allude to suspected Russian involvement in hacking of Democratic National Committee computers in the US.

“We will not ignore attempts to interfere with our democratic processes,” he said.

On Tuesday night, Trump also courted controversy over sex abuse in the military, reports the BBC.

He stood by a comment he made three years ago when he appeared to blame such assaults on the decision to allow women in the forces.

“It is a correct tweet,” Trump said of the 2013 Twitter post in which he remarked: “What did these geniuses expect when they put men & women together?”

Mrs Clinton, who appeared first on stage by virtue of a coin toss, found herself once again on the defensive over her private email server.

A US naval flight officer told the former secretary of state he would have been jailed if he had handled classified information as she had done.

The Democratic nominee replied: “I did exactly what I should have done and I take it very seriously. Always have, always will.”

Mrs Clinton also said her 2002 Senate vote in favour of the Iraq War was “a mistake”.

Both candidates talked about the ongoing conflict in Syria

But she said it meant she was in “the best possible position” to ensure it never happened again.

Mrs Clinton also pointed out that Trump had once supported the invasion.

The former secretary of state vowed to defeat the Islamic State group, though she emphasised: “We are not putting ground troops into Iraq ever again.”

Unusually for a US presidential candidate, Trump made unflattering remarks about America’s military leaders.

He said the generals had been “reduced to rubble” during President Barack Obama’s administration.

Trump and Mrs Clinton’s forum offered a preview of the questions they will face in their three forthcoming presidential debates.