“…For Nollywood queens such as Rita Dominic, the industry is still founded on the power of love stories,” says respected Canadian newspaper; The Globe and Mail whose African correspondent Geoffrey York recently interviewed Nollywood icon Rita Dominic from Johannesburg. 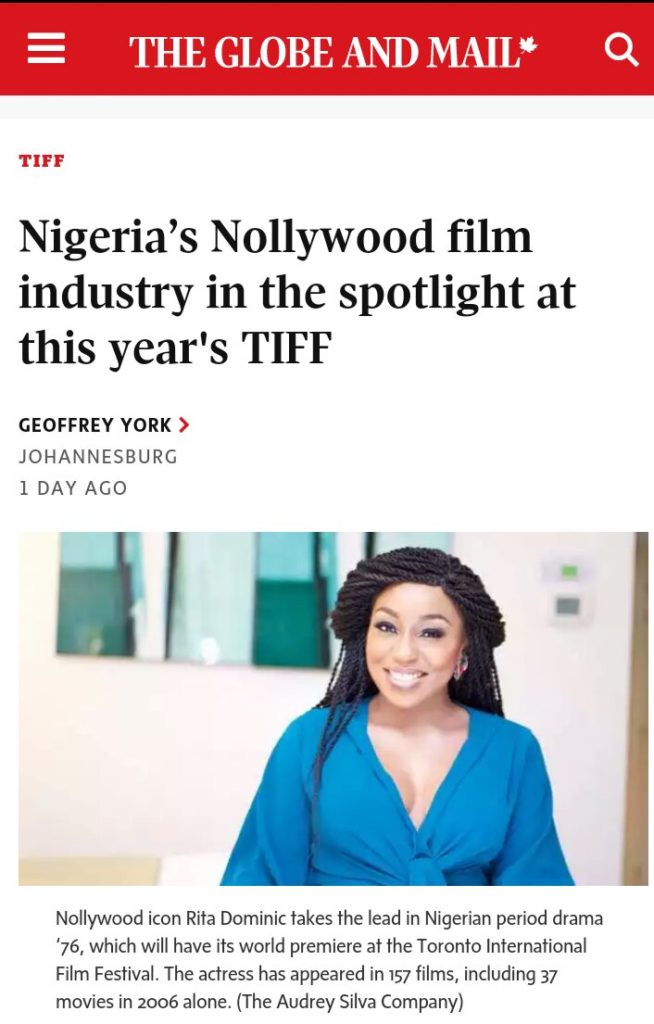 This  interview which is Rita’s first in a long while covers Rita’s role in the movie TIFF which would be screening at the Toronto International Film Festival as well as her role as one of Nollywood’s most celebrated icons.

We are building World Class Students – ...