Help MI search for an unknown rap artiste who impressed him

One of the two headliners for this year’s Buckwyld ‘n’ Breathless: The Destruction , rapper MI Abaga has taken to the social media to announce the search for an unknown rap artiste whose song he was listen to and apparently impressed.

Who made this song??? I’m signing him right now!!! Please RT till I find the person Abeg!! pic.twitter.com/3MqSDnuUHc 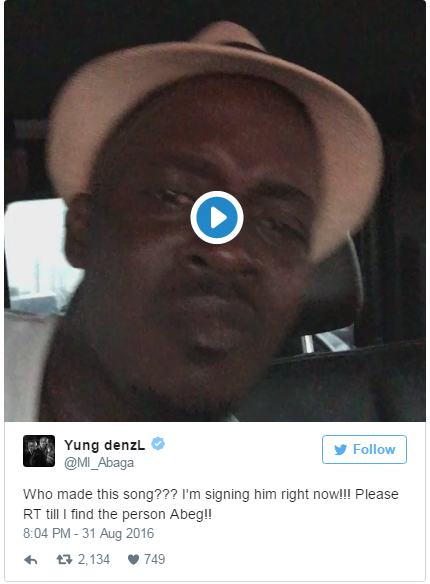 Sharing an eighteen-second video of himself listening to a snippet of the song that clearly has him impressed and set him on his course, MI couldn’t hide his feelings and went on to say:

BEGHO USANGA IS THE FACE OF ORGANIC ...