The Question Nigerians Are Asking! what is 3Thrones ?

There’s been so much activity around 3thrones on the Nigerian social media sphere recently!

A lot of you would have seen it one way or the other and wondered what it was all about and why so much noise was been made about it. 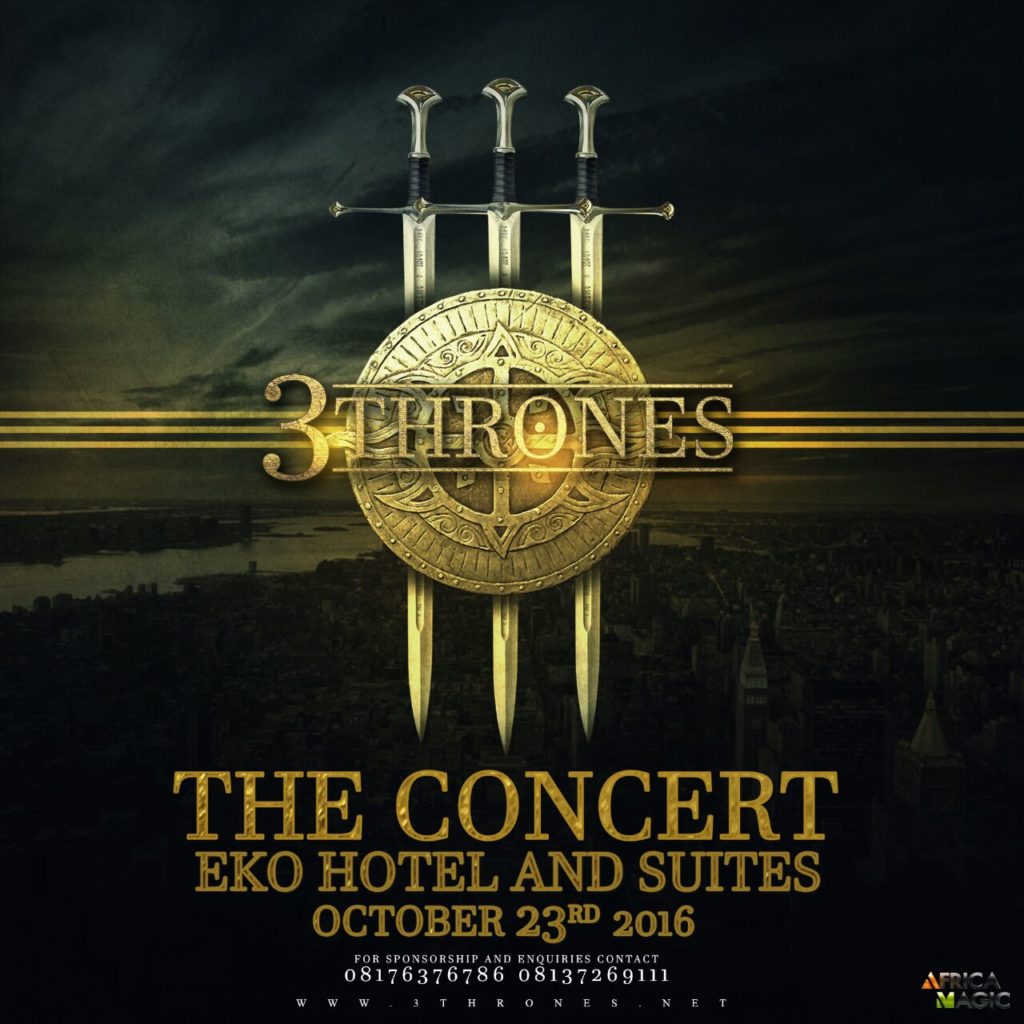 The big secret is finally out! If you thought 3thrones was a movie, a stage play, a new Africa Magic series, a foreign concert. Then you were totally wrong.

According to information online, 3thrones is set to be Nigeria’s biggest concert billed for 23rd of October where Nigerians get to see the three biggest acts in the Nigerian music scene on one stage.

The big question now is who are those three acts? Your guess is as good as mine.

‘THE WEDDING PARTY’ TO PREMIERE ON OPENING ...