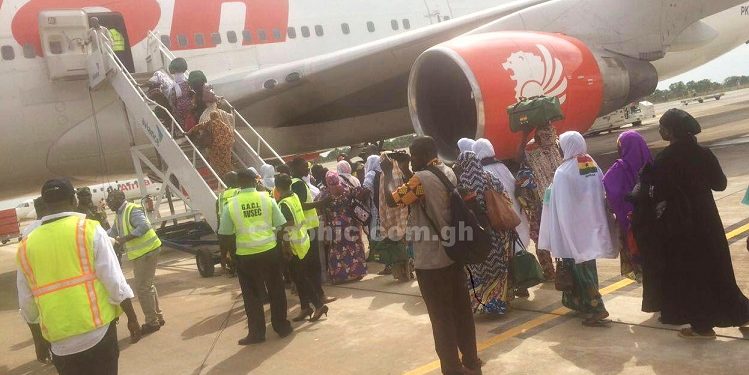 According to the report from Ghana, about thirty nine female pilgrims from Ghana have been repatriated from the Kingdom of Saudi Arabia.

The Pilgrims Affairs Office, Ghana (PAOG) said in a release:

“The Pilgrims Affairs Office, Ghana (PAOG) regret to announce the repatriation of some 39 female pilgrims from the kingdom of Saudi Arabia,” a statement from the Pilgrims office said.
According to the statement, those repatriated comprised 9 minors and 30 others categorised as being “without guardians because they are less than 40 years.”

The Kingdom of Saudi Arabia requires that all ladies less than 40 years old be accompanied by an adult male relative.

The statement however said PAOG is working with immigration officers and the Saudi Ambassador to Ghana to rectify the problem as soon as possible.

“Insha Allah it is our hope that when it is done the affected pilgrims will return to continue their pilgrimage,” the statement added.

The first batch of 500 Muslim Pilgrims were flown directly from the Tamale airport to Jedda, Saudi Arabia on August 19, 2016.

According to the Hajj committee, about five thousand pilgrims are to fly from Ghana to Saudi Arabia for this year’s Hajj pilgrimage.

Here’s Your Chance to Win An Exclusive ...