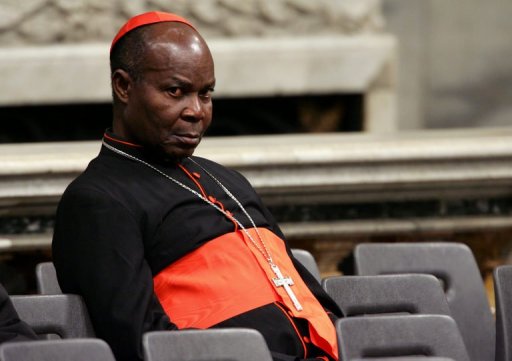 Last year, when you assumed office, the chant of “Change”, your campaign slogan, ushered you into the Presidential Villa. Today, cries of “hunger” could be heard across the length and breadth of our vast country. Nigerians hunger, not only for food, but also for good leadership, for peace, security and justice. This letter is to appeal to you to do something fast, and, if you are already doing something, to redouble your effort.

May it not be written on the pages of history that Nigerians die of starvation under your watch. As President, you are chief servant of the nation. I therefore urge you to live up to the huge expectation of millions of Nigerians. A stitch in time saves nine.

This is the second year of your administration. You and your party promised to lead the masses to the Promised Land. It is not an easy task to lead. But by campaigning for this office, you offered to take the enormous task of leadership upon yourself. Nigerians are waiting for you to fulfill the promises you made during the campaign. They voted you into office because of those promises.

The introduction of town hall meetings is a commendable idea. But in practice, you, not just your ministers, must converse with Nigerians. You are the President. You must be accountable to them. The buck stops on your desk. Even if your administration has no magic wand at least give some words of encouragement. On this same score, please instruct your ministers, and insist that they be sincere and polite at those town meetings. Their sophistry will neither serve you nor Nigerians.

Mr. President, if you want to leave a credible legacy come 2019, in all sincerity, please retool your administration. Change is desirable. But it must be a change for the better. Let this change be real. Change is not real when old things that we ought to discard refuse to pass away. You will need to take a critical look at your cabinet, at the policies and programmes of your administration, and at those who help you to formulate and execute them. You will need to take a critical look at the manner of appointments you have been making. It is true that commonsense dictates that you appoint men and women you can trust. But if most of the people you trust are from one section of the country and practice the same religion, then you and all of us are living in insecurity.

The Nigerian economy has never been in a state as terrible as this. You as President are like pilot of an aircraft flying in turbulence. Turbulent times bring the best or the worst out of a pilot. We can no longer blame the turbulence on past administrations. You know quite well that some of the officials of your administration served in previous dispensations. Blame for what we have been experiencing is in fact bipartisan in character. The entire political class needs to come together, irrespective of party differences, to acknowledge its collective guilt and to seek ways of saving the sinking ship that our country has become. This cannot be done if some officials of your administration demonise and alienate members of the opposition. If a large portion of the blame for the present situation is to be laid on the doorsteps of the entire political class, the search for solution must involve everyone. That is why no one should be alienated. All hands must be on deck.

This is the time to revitalise moribund industries, reinvigorate our agriculture, make our country tourist and investor friendly, and enable our young men and women to find fulfillment by contributing to the common good. None of these lofty goals can be achieved without good education. On this particular issue, recent appointments you have made in the education sector raise a question: have you really appointed the best?

Still on education, it is important that our universities be allowed to use their own criteria to admit students. It is a gross violation of the principles of federalism and academic freedom for the federal government to insist that only a federal parastatal can decide on who gains admission into our universities. It is the role of the university senate, not of government bureaucrats, to decide on who gets admitted and who is awarded a certificate.

The war on corruption

Mr. President, your desire to wage a war on corruption is just and noble. But a just war must be waged with just means. Those who have stolen the wealth of this country have broken the laws of our country. They must be treated according to the law and not outside the law, and the outcome of the judicial process must be respected by government. Even accused persons have rights. Where those rights are violated, we risk a descent to anarchy.

It is our candid opinion that corruption is not found in only one party. No political party in Nigeria has a monopoly of looters. That is why we need an EFCC that is thoroughly independent of the presidency, and an Attorney General without party affiliation working in partnership with various independent accounting institutes. This will ensure that we come up with an objective list of those who plundered our treasury.

Mr. President, pardon me if I sound like a gratuitous counselor. I owe you the truth and nothing but the truth. In my life as a public figure and a religious leader, I have offered my counsel, for whatever its worth, to quite a number of Presidents in this country. I do this because I desire that you succeed. For the success of the leader is the success of the citizens. If there is no solution to Nigeria’s problem there may be endless war. You strike one town, you gain it, and you come again to regain it. Remember that you cannot put a crown on your head. It is the people who put it on you. Otherwise one day, you will get tired of it. Please listen to the legitimate cries of your fellow citizens.

Popular OAP, Daddy Freeze Gets Back His ...