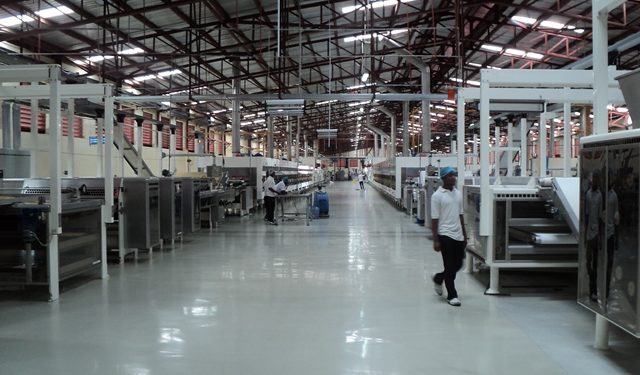 Nigeria’s snacks industry has attracted the interest of a private equity firm founded by Sir Bob Geldof in a boost for Africa’s biggest economy, reports FT.

A consortium led by sub-Saharan Africa-focused 8 Miles has bought a minority stake in Nigerian biscuit maker Beloxxi for $80 million in a deal described as a bet on the company’s ability to meet the rising demand of a growing consumer class.

Growth in the snacks market of large cities such as Lagos has been strong in recent years, but the investment comes as the country struggles through the worst economic crisis in decades, driven by low oil prices and worsened by a flailing government response that has included capital controls and import restrictions.

Nathan Mintah, co-founder and co-managing partner at 8 Miles named after the closest distance between Africa and Europe said the fund’s investment would enable the company to increase domestic production and expand its export base into neighbouring francophone West Africa.

The firm, which bills itself a “hands on” investor in Africa, is leading a consortium of investors that includes Nigeria-focused African Capital Alliance and DEG, the German development finance institution.

Last month, the International Monetary Fund slashed its growth forecast for Nigeria, predicting the economy will contract by 1.8 percent this year. The finance minister has said the country is already in recession, though GDP data expected out later this month is needed to confirm that.

Nigeria was one of the world’s fastest-growing economies during the oil boom, when investors flocked to the country to tap the potential of its young, fast-growing population — the UN forecasts the country will be the world’s third-largest, behind India and China, by 2050.

Inflation has soared to more than 16 percent this year and companies including Beloxxi, along with multinational giants such as Unilever, have been forced to increase their prices, hitting consumers at a difficult time.

Obi Ezeude, chief executive of Beloxxi, said the company has reduced its dependence on imported raw materials and was striving to keep the prices of its biscuits affordable for the poorest Nigerian consumers.

However, given the current market challenges, he added Beloxxi had been forced to increased the price of its smallest-sized product a three-biscuit package of 21 grams that costs the equivalent of less than US 5 cents.