As part of its activities of showcasing Africa’s rich cultural heritage to the global community, the All Africa Music Awards, AFRIMA will be present at Europe’s biggest street carnival, the London Notting Hill Carnival 2016.

The carnival, which is a vivid spectacle representing London’s multicultural past and present, kicks off onSaturday, August 27. The AFRIMA in Diaspora Troupe which will be sustaining AFRIMA’s identity at the LNHC Opening Ceremony on August 27 will team up with the Lagos State Government float, which has been tagged the Lagos Corner.

Lagos State, Nigeria’s centre of excellence, was unveiled by the African Union Commission and the International Committee of AFRIMA, as the host city for the AFRIMA 2016 edition which is tagged AFRIMA 3.0. 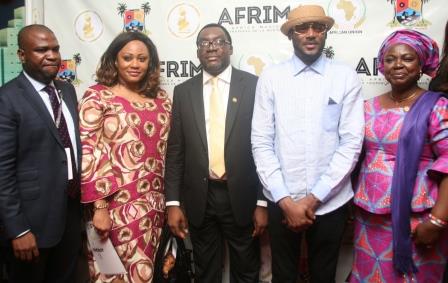 To lead the AFRIMA officials to showcase  and give out some of the awards collaterals which include the 23.9 carat gold-plated trophy, literature, branded T-?shirts and other memorabilia at the LNHC, is the President/Executive Producer, Mr. Mike Dada.

Expressing delight at the decision to participate at the London Notting Hill Carnival 2016 and its renowned Afro-Caribbean cultural extravaganza, Mike Dada said this is in line with AFRIMA’s objectives of creating brand touch points for people of Black origin to connect with varied elements of music and culture which are indigenous to the Black culture.

He said, “It is also an avenue to foster unity and integration of the Black race and other races through the shared experience of music. This will further strengthen the London Notting Hill Carnival as an initiative with long-standing tradition of supporting and showcasing the rich heritage of Afro-Caribbean culture.”

As part of the AFRIMA iternary at the LNHC is the meeting with LNHC executives which is a forum to discuss further partnership opportunities and benefits.

According to Shonaiya, AFRIMA has upped its ante by its participation at London’s socio-cultural event and branded itself as a music property that cuts across continents of Africa and other parts of the world.

“We are delighted to have AFRIMA at Notting Hill Carnival and the participation at the Lagos Corner will add more colour and glamour to the vision of the Lagos State Government of being an undeniable entertainment capital of Africa, as well as being the hub of creative expressions in the continent,” Shonaiya said.

The Lagos State Government accepted the African Union Commission’s decision for it to be the official host city for AFRIMA 2016 on August 15, 2016. Explaining why Lagos would support AFRIMA, the Lagos State Commissioner for Information and Strategy, Mr. Steve Ayorinde expressed that AFRIMA’s vision aligns with Lagos State’s.

He said, “The reason why Lagos State is partnering with AFRIMA should not be far-fetched— it is our own version of Grammy Awards. More importantly, the vision of AFRIMA is a veritable platform to celebrate the best of talents in African music industry which aligns with the vision of the African Union to foster peace, unity and development through cultural expressions and creative enterprise.”

In partnership with the African Union Commission, AUC, the All Africa Music Awards, AFRIMA was established as a continental music and cultural initiative to celebrate, reward and showcase the rich musical heritage of Africa, stimulate conversations among Africans and the rest of the globe about the great potential and values of the African culture and artistic legacy for the purpose of creating jobs, reducing poverty, calling attention of world leaders to Africa and promoting the positive image of Africa to the world.