Leading national men’s hockey league champions, Union Bank Hockey Club of Lagos participated at the 2016 National Super league which held from 23rd -30th July 2016 at the federal capital territory, Abuja. The team scored a silver medal at the championship with 13 points and 5 goals aggregate.
Union Bank was the only South-West team battling for the champion title against teams from Yobe, Borno, Kaduna, Niger, Plateau and the Police Machine in the National Super League. 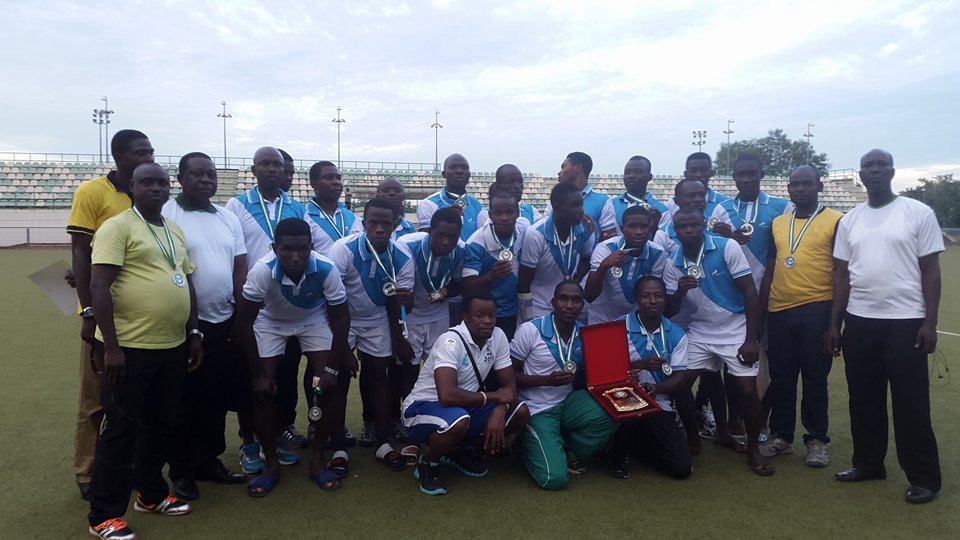 PLAYERS WITH THEIR MEDALS (1)

The team’s goalkeeper Mr. Yemi Siyanbola was given the best goal keeper award (Male) of the tournament while 8 players from the team have been called upon to join the National Hockey team for the World Hockey league round 1 (one) comprising Nigeria , Kenya, Ghana and Namibia. The round one of the 2016/2017 World Hockey league will be holding from 7th – 11th September 2016 at Accra, Ghana.

Union Bank head coach Mr. Tunde Odedokun was appointed the chief coach for the National team at the 2016/2017 World Hockey league, Ghana with the assistant coach Mr. Freeman Ekundayo being the goalkeeper trainer at the league.
The Union Bank hockey team will also be representing Nigeria at this year’s African Cup for Club championship which will be held in Bulawayo, Zimbabwe.

Commending the team on its performance, Head Corporate Affairs & Communications Union Bank, Ogochukwu Ekezie- Ekaidem, said “The Union Bank team is focused on putting Nigeria on the global hockey map so we are very proud of the team’s performance at the National championship and the several doors it has opened for us. We are glad that our players completed the league without sustaining any major injury. We hope that the successes of the team encourages the rest of Nigeria to support the growth of the sport.”

Union Bank of Nigeria Plc. continues to be a strong protagonist for the development of sports in Nigeria especially with its recent sponsorship of Team Nigeria to the Rio Olympics 2016. The bank also has several teams competing in both state and national levels in different sports including Basketball and Table Tennis.