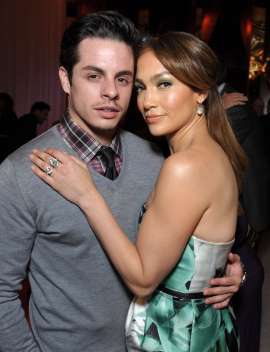 After their five-year history of on-off (and on … and off again) dating, we’re not sure Jennifer Lopez and Casper Smart’s latest split is really the end for the pair — especially if TMZ is right about why they parted ways.

It seems Jennifer told her man she needed him to be her date for Ron Perelman’s fundraiser for the Apollo Theater in the Hamptons over the weekend. Instead of joining his lady at the chichi party, he headed to Las Vegas to watch the UFC 202 fight between Conor McGregor and Nate Diaz with friends including Kanye West. The move reportedly irked Jennifer so much that she reportedly dumped Casper immediately.

Billionaire investor and philanthropist Perelman has thrown events in support of the Apollo for seven years straight and each one has brought out heavy-hitting names in the entertainment business. This year’s party featured performances by Lionel Richie, Gwen Stefani, the Roots and Joe Walsh, according to reports. Usher, Chris Rock, Pharrell Williams and were among the guests — as was J.Lo, who appears from photos to have gone solo.

TMZ reports Casper, 29, was expecting to meet Jennifer, 47, in New York the day after the fight. Instead, it sounds like the dancer and choreographer ended up with a fight of his own on his hands.

Jennifer and Casper started dating back in 2011 and remained a couple until 2014. Multiple reports of reconciliations followed but by last year, it was clear they were back together. In July, he joined the singer in Las Vegas for her 47th birthday festivities.

While TMZ claims the weekend Hamptons situation sparked the pair’s latest split, GossipCop reports their relationship ended at some point after J.Lo’s birthday.

TMZ’s sources believe there’s a chance a fight about how the pair spent their respective Saturday nights could be minor enough for them to reconcile as they have multiple times in the past.

Jennifer is currently filming the NBC police series “Shades of Blue” in New York. Casper has been spotted visiting her on set multiple times this summer.