The annual festival applauding one of Nigeria’s Icon and creator of Afrobeat Genre, Fela Anikulapo-Kuti has unveiled the logo design and theme for 2016

The Thematic celebration is thus themed ‘Everybody say Yeah Yeah’ spotlighting one of Fela’s popular sayings. 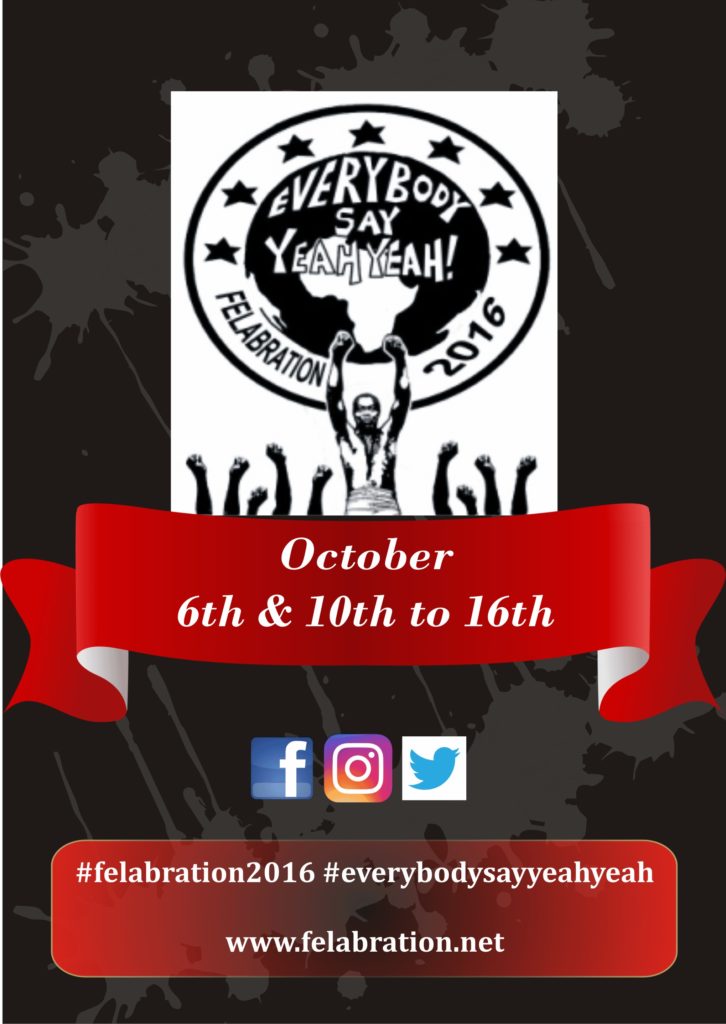 The Logo design portrays the world echoing the sayings while the man Fela Himself and the rest of the world salutes in the popular black power fists.

The Festival in its 19th edition will host the world with its various elements such as the Senior Seccondary School’s Debate, Symposium, Carnival and the 7 days Musical Concerts which has every artistes display various creativity and talents at the New Africa Shrine Ikeja.

According to the Felabration Organizing Committee, concerts will hold the New Africa Shrine, Freedom Park, Kalakuta Museum and a host of other venues.

Over the years, Felabration has been themed Just like That, Africa Centre of the World, Buy Africa and so on

Our fingers are crossed on who will be gracing the stage of the New Africa Shrine. We eagerly anticipate this year’s festivity.