Star Lager Beer at an event on Tuesday, August 23, 2016 announced a groundbreaking partnership with the Nigeria Professional Football League (NPFL).

The event had in attendance some Nigerian football legends; key sports regulators and officials, celebrities and of course Star Larger consumers.

Speaking on the partnership and what the NPFL stands to gain, Chairman, League Management Company, Shehu Dikko said, “The NPFL has grown rapidly over the past few years and with new partnerships like this, we hope to push it beyond expectations and make it the biggest league in Africa. Bringing Star to the table is only natural as Star has identified with football in Nigeria over the years.” 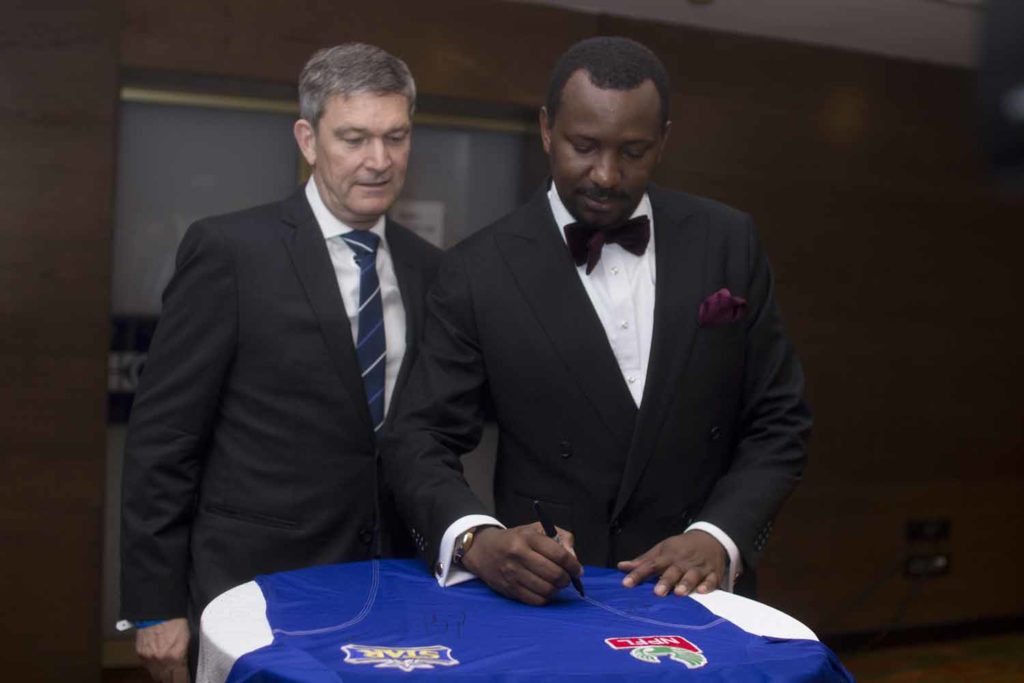 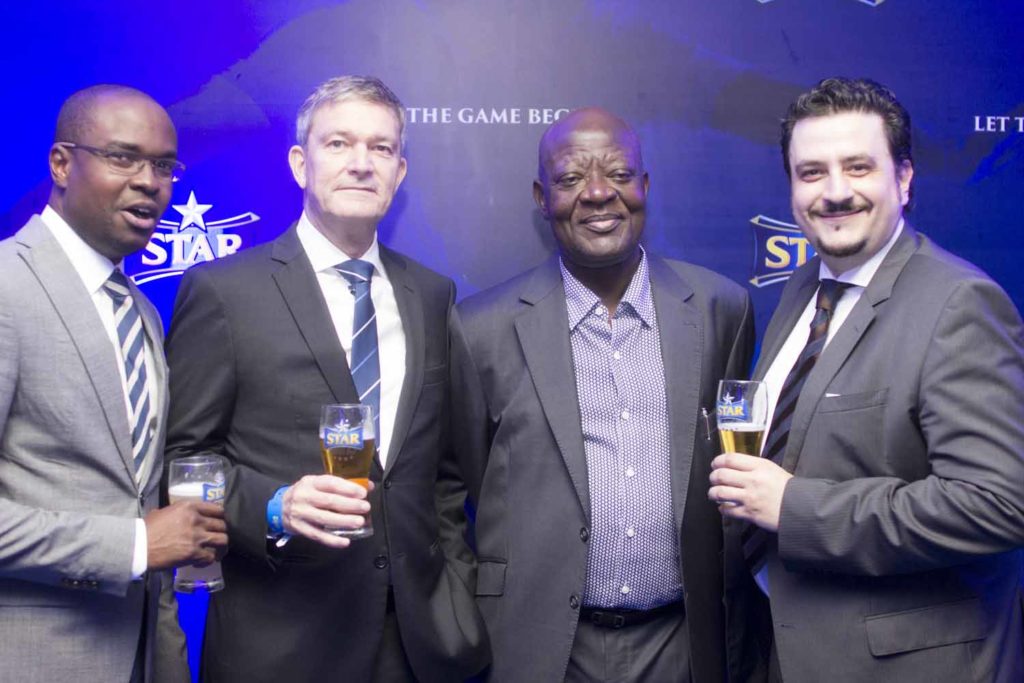 “We have a longstanding claim to football so it’s only natural for us to prove our love for the game by partnering with the Nigeria Professional Football League (NPFL). We can assure fans of innovative and thrilling developments in the years to come”.

This 5-year partnership will push the frontiers for football in Nigeria and it is hoped that this will be the start of great things for Nigerian football fans and lovers of the Star brand.

An average of 8,000 fans attended games in the 2014/15 season, according to the LMC’s season review. This is the biggest crowd number for domestic football in Nigeria for more than 15 years and is expected to rise this year. It is common these days to see families attend local league matches in their bright club replica jerseys due to the increased security at venues across the country.

While the win-at-home at-all-cost syndrome is fast becoming a thing of the past with 31 away wins, the highest in 10 years, the league has become more competitive as clubs now chase points on the road leading to greater excitement for the fans, the biggest stakeholders.

The NPFL, like many important leagues across the world, needs big corporate organizations to support its message of youth empowerment – at least 700 footballers are employed across the 20 club sides in the league.

“This partnership agreement with Star shows that there is opportunity for corporate Nigeria in our league and we hope that many more organizations will take advantage of football to reach their target markets as we continue to build an attractive league,” said LMC Chairman, Shehu Dikko.

However, due to the fact that more than 70 per cent of clubs are still owned by state governments, player salaries are hampered by the financial challenges of many state governments across the country. Still, there have been more positives than negatives in the domestic scene, which has seen brand impressions grow digitally with increased interest. An average of 500 posts with 4 million impressions are made about the NPFL on Twitter every weekend (Keyhole).

It is the reason why STAR Lager Beer, Nigeria’s first indigenous beer, has taken interest in this growing local success story in order to push it beyond its current reach.

“We’re excited to sign this agreement with the LMC that sees Star become Official Beer Partner of the NPFL for the next four seasons. It’s a partnership that we expect to bring excitement to Nigerian football and the fans who love the domestic game,” said Marketing Director, Nigerian Breweries, Franco Maria-Maggi.

Since the first STAR lager beer bottle rolled out of the bottling lines in Lagos brewery in 1949 the brand has been a market leader and was listed by the African Business magazine in its 100 Most Admired African Brands in 2015. Star has put its expansive platform to good use in promoting music and youth lifestyle via projects like STAR Trek, STAR Quest and STAR Mega Jam.

Star would also amplify the NPFL brand via radio and television broadcasts also on traditional and digital media, which would increase the awareness of the Nigerian League’s brand that is set to rival the biggest European leagues.

With a big brand like Star, the NPFL will be assured of the support of a major Nigerian brand that has expertise in connecting people and ensuring relationships are nurtured in fun ways. In turn, this will open the doors to other corporations to invest in the league.

The domestic league is the lifeline of the Nigerian national teams. With this partnership, Star would inadvertently be helping to create a platform for young Nigerians to achieve their dreams of donning our national colours.

Media spending will increase, as the partnership will see Star

invest in the publication of match fixtures and reviews as well as statistics in various media channels.

As part of the agreement, Star would also sponsor a Football League Feature Game that would bring in foreign clubs to face a league All-Star Team during its off-season.

For those wondering what STAR would get in return for its huge investment in the NPFL, it is worthy to note that the brand is cementing its place as a friend of the domestic game. It would support the passion of local fans from Awka to Kaduna, Bauchi to Uyo and across Nigeria.

Over the coming seasons, fans would find no better way to enjoy their Nigerian league games than over bottles of STAR Lager. Truly, great times are ahead for fans of the NPFL.