The Man who named his dog Buhari remanded in prison

The man who named his dog Buhari, Joachim Iroko, aka Joe, was remanded on Monday at the Ibara Prison following his arraignment at the Ota Magistrate Court 2, Ogun State.

He was charged to court by the police with conduct likely to cause breach of the peace, in a case with suit number MOT/617c/2016.

The prosecutor, Inspector Itaita Ebibomini, said the accused committed the offence on Saturday, August 13, 2016, at the Hausa section of Ketere Market in Sango-Ota in the Ota Magisterial District.

The prosecutor told the court that the offence was punishable under Section 249 (d) of Criminal Law of Ogun State, Nigeria, 2016. 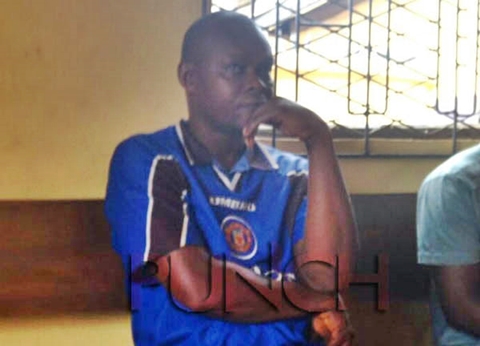 The accused, who was represented by a counsel, U. Michael, pleaded not guilty to the charge.

The charge read, “That you, Joachim Iroko, aka Joe, and others still at large, on Saturday, August 13, 2016, at about 5.30pm at the Ketere area, Sango, in the Ota Magisterial District did conduct yourselves in a manner likely to cause breach of the peace, by writing a name, Buhari, on a dog and parading same in the Hausa section of Ketere Market, Sango, thereby, committing an offence contrary to and punishable under Section 249 (d) of the Criminal Law of Ogun State, Nigeria, 2016.”

His counsel, however, pleaded that the accused should be granted bail. The prosecutor did not oppose the application for bail. The two witnesses in the case were present in court.

The Chief Magistrate, B. J. Ojikutu, admitted Iroko to bail in the sum of N50,000 with two sureties in like sum, adding that the sureties must be regular taxpayers in the state.

“They must attach four passport photographs each to the bail bond, depose to affidavits of being gainfully employed, and reside in the court’s jurisdiction,” he added.

Iroko, who had been formerly identified as Joe Fortemose Chinakwe, was arrested on Saturday, August 13, after one of his neighbours, who is of Northern extraction, complained that he named the dog after his father, Alhaji Buhari.

The suspect was first taken to the Sango Police Station, from where he was transferred to the state police command headquarters at Eleweran, Abeokuta.

However, as of press time, his family members had yet to perfect the bail for his release. He was subsequently taken to the Ibara Prison.

3 Jobs You Should Never Make Careers