It was a night of Rock ‘n’ roll at MTN Project Fame West Africa last week and it was a night to look forward to. It was complete with the right ooze of drama, energy and complete entertainment.

To start off the show was Johnny Drille performing his hit single “My Beautiful Love” and “Love Don’t Lie”. His performance set the mood so soft and serene.

Dapo opened the show with the song “Right Here Baby” by Richard Max, it was an impressive performance. The judges were impressed with the change in his voice; Bibie Brew commended the faculty for a job well done. The faculty was impressed and in the words of Miss Ige “Yoruba demon to Yoruba angel”.

The next performance was pretty disturbing; Okiemute delivered “Disturbia” by Rihanna. She had a dramatic entrance as she was carried to the stage by spirit looking performers; her voice was shaky as she did more of dancing and singing and at some point a lot of shouting. It pretty much looked like a drama scene than a singing competition. The judges were clearly appreciated her performance and where ruffled by the scary moves and stances, Tee-Y Mix however advised that she finds the equilibrium between performing and singing. The faculty enjoyed her performance and Joke Silva loved her gothic look and said she always looks forward to watching her perform.

Steve left us literally numb with the song “Numb” by Linkin Park, it was felt good to watch him perform the song as it was totally fantastic and his finishing part of kicking the mic stand was rock at its best. The judges were shocked and Praiz had to give him kudos for a job well done. The faculty was also impressed and Miss Ige couldn’t hide the fact that she was proud of him.

Winner gave us a classic performance of “First Cut Is Deepest” by Shirley, it was stunning performance. The judges agreed to the fact that she delivered well as Bibie Brew called it an evergreen classic which Winner didn’t fail to bring back to life, Mr Ben described her as a vocal powerhouse. 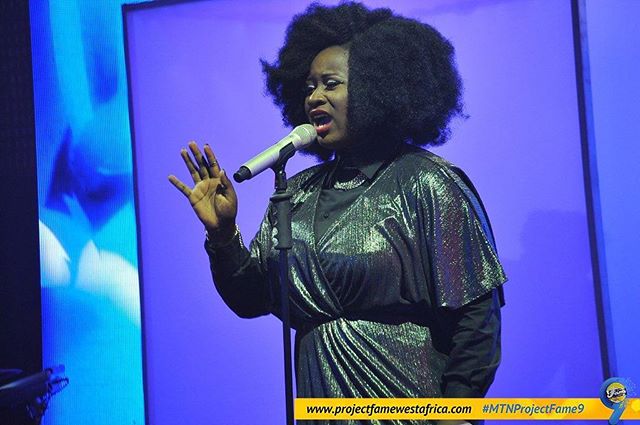 Mirabel gave us an average performance of  “Bad Romance” by Lady Gaga, a little indifferent about her performance considering the facts that she sounded like she was struggling to hit the right notes and breathe. Also, she couldn’t marry performing and singing also but she gave a beautiful ending. Tee-Y Mix liked the fact that she was able to sing and dance at the same time which we disagree totally with him. On the other hand, Miss Ige was happy to see that she was coming out of her shell and the fact that she was able to perform a song with such technicalities is impressive.

Gabriel gave us a different vibe from the others with the song “Amazed” by Lonestar. He gave a cool performance and his vibes was still positive but it was different from the other performances delivered by the other contestants. Praiz was impressed but commented on the fact that he was very detailed in his performance and he had seen better from him. Joke Silva on the other hand, said he was very sensitive to the feelings and mood of his audience and that it was very good as he tweaked his sound and delivered excellently well.

Elizabeth sang “Because Of You” by Kelly Clarkson, very flat performance and totally out of tune. The judges appreciated the fact that she performed like herself, however, Bibie Brew advised that she be careful of her transitioning so she doesn’t sound like she is shouting. The faculty loved her interpretation of the song but Miss Ige commented on her transition also.

Yusuph gave us an energetic performance with “We Would Rock” by Queen, the judges were quite impressed with his performance and they all had something to say. Tee-Y Mix talked about his ability to carry people along but complained about the clarity in his words. Praiz clearly based on how Yusuph gave Eli moral support in the house, found no flaw in his performance while Bibie Brew on the other hand felt Yusuph was still stuck on his popularity stance and she felt that he needed to show what he can do and not always use his popularity to cover his performance.

On a lighter note, from the faculty, Mr. Ben said his popularity has been established but his singing has to be grown.

Pere rerere!!! Delivering the song “I Don’t Want To Miss A Thing” by Herold Smith, it was a classic performance which was worth every money if it was a paid show. At this point, one could only wonder who would be put on probation because all contestants were giving it their very best. The judges were very impressed with his performance, Praiz said He always looks forward to His performance as his always on point, in his words “bobo you bad oh”.  Joke Silva found his performance interesting and too good. 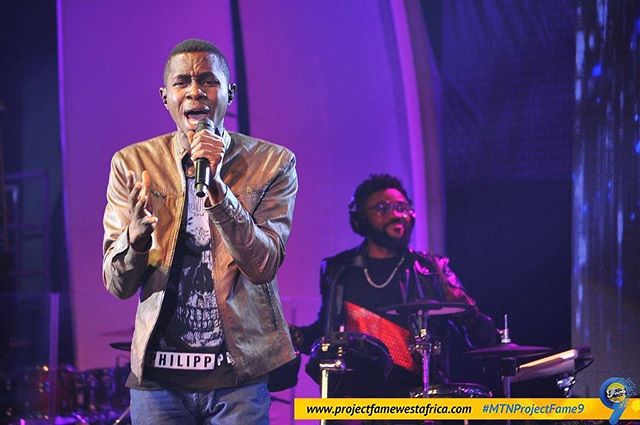 Oluchi gave another average performance of the song “My Happy Ending” by Avril Lavingne. The judges were quite satisfied with her performance and Tee-Y Mix said commended her voice and advised that she shows more confidence. From the faculty, Uncle Ben interpreted his understanding from the judge’s verdict in these words “Their worst fears have been dissolved”, it was now time for her to bring more of her on stage.

Eli gave us a perfect rendition of Michael Bolton’s “Soul Provider” with his excellent voice. The judges were completely blown away and all had something to say, Bibie Brew said it was so fabulous and he had the shy countenance but when he opens his voice, it is totally amazing. Tee-Y Mix commented on when he broke down in the house and ask why someone like him with such talent cry. Praiz called him one of the greatest voices in the show.  From the faculty, Miss Ige was impressed from his voice texture and encouraged him never to think of himself as a pushover but a pusher.

Kite gave us “Living on a Prayer” by Bon Jovi on a very clean, wonderful slate. It was an enjpoyable rock performance and the drama was on point. Praiz confessed to being a fan but he felt that he was given the wrong of choice of song, on the other hand Tee-Y Mix talked about his commitment to every song and commended his versatility.

From the faculty, Joke Silva saw his performance as seemingly and effortlessly, she however reminded Praiz of what it was like to be in the house as the challenge gets difficult, the more you get better. She rated his performance 110%.

It was finally time for probation and sadly every contestant was put on probation, giving West Africa the power again to select their five contestants likely to be evicted from the show. It is indeed sad because this season, votes apparently are being cast for those with just hype and not quality.

We can only hope that votes are being cast for the right contestants.