After three wonderful weeks in MTN Project Fame West Africa season 9 academy, it was time to say goodbye to two contestants out of all contestants that were put on probation.Despite the fact, that it was an eviction night, one could not ignore the positive energy all around the studio, the show kicked off with an amazing performance with songs like My Woman by Patoranking, Chop My Money by Psquare, Kabiyeisi by Dr Sid and Show your Colour by Lagbaja by the contestants excluding Okemute, Eli and Yusuph.

Of course! It was Co Host Bolanle Olukanni’s birthday and the show kicked off with a birthday wish for her from the audience and a surprise cake from her fellow Host, Benjamin Joseph. There were special guest appearance such as Asa Asika, Tobi Maguire of TCD Photography, Favour (Former Project Fame 9 contestant), Debbie Rubunu Olutu (Project Fame 7 Finalist) and Geoffrey Oji (Project Fame 7 winner).

The contestants with the lowest votes were, Oluchi, Gabriel, Benjamin, Blessing and Eli. This been in no particular order, they had to perform one last time to redeem their spot in the academy.

Eli performed “Fall In Love” by Dbanj and his energy was so remarkable, and it totally rubbed off on everyone including the contestants that were yet to perform. He moved with the crowd and related so well, Praiz was heartbroken to see Eli at the bottom five as he said while he commend his performance. The faculty felt the same way as Joke Silva said his performance was wonderful and he performed like he wasn’t trying to save himself.

The next person to perform was, Blessing, singing “Ife Wa Gbono” by Tiwa Savage. She could dance so well, her stage performance was an A. The judges agreed as Bibie Brew said her moves were gracious and she sure knew how to do her thing. The faculty was impressed with her voice, Mr Ben believes that her voice is one of the gracious voices this season and she should definitely keep it up. 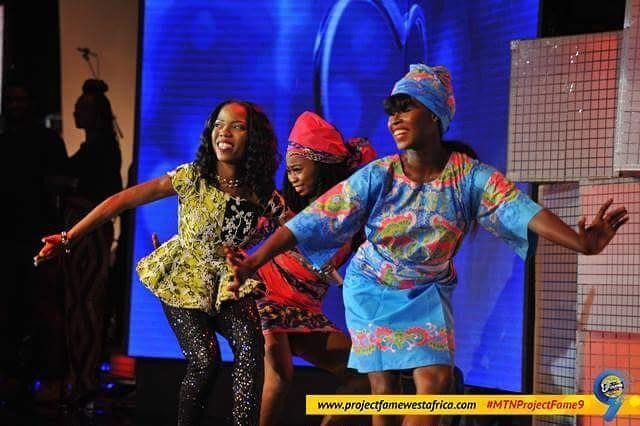 It was time for Benjamin to perform and he sang “Duro” by Tekno, it was an average performance, a lot of humming, more dancing than singing. Well, the judges had a different opinion about his performance as Tee-Y Mix said he performed and he appeared very confident and not scared. The faculty agreed same as Miss Ige said he appeared so confident and relaxed, in her words “you were having fun, we were having fun”.

Oluchi was up next performing “Right Now” by Seyi Shay, very sensual performance with an excellent finishing. It felt so good to have followed her growth and her transformation. Praiz had to give her hug and all he had to say was “Gbedu Gbedu Gbedu.com”. Mr Ben was astounded as he said this is what they have been waiting for and it was absolutely wonderful as to the fact that she touched the heart of everyone.

Gabriel delivered “Mama” by Kiss Daniel and he was the highlight of the night. His performance was very enjoyable and the judges were left stunned. Tee-Y Mix felt he had seen the best of Gabriel but he just saw the triple best of him. He wondered how he was on the bottom list as he was one of the best in the academy. Miss Ige was impressed with his voice and appreciated how he hit all the highs and lows of the musical piece, he was totally the “Rararoro of all”.

Selecting who to save from probation was a bit difficult, as the performance came with the right energy which should have been there from onset.

The judges went with Gabriel, while the faculty picked Oluchi for obvious reasons. It was now left to the contestants who had the highest votes to vote for one person to stay in the house. Eli was saved by 8 votes against Blessing who had 1 vote and Benjamin with 0 votes.

Praiz advised the evicted contestants that “You don’t need to win to be great, I dint win but I am great”.

Blessing and Benjamin closed the show by giving us one last performance. Blessing performed “Like A Prayer” by Madonna while Benjamin performed “It’s My Life” by Bon Jovi.

We look forward to next show performances and we hope that the right choices are made when it comes to voting as the good heads are sadly on the bottom list.