EGYPTIAN CULTURAL CENTER IN KANO TO BE UPGRADED – ENVOY ASSURES AS HE PAYS FAREWELL VISIT TO GOV. GANDUJE

The Egyptian Cultural Center in Kano will be upgraded and reorganized as part of efforts to improve Nigeria – Egypt relations, the out-going ambassador to Nigeria, Mr. Ashraf Salama has announced.

During a farewell visit to the governor of Kano state, Dr. Abdullahi Umar Ganduje, on Friday, Mr. Salama explained that the planned upgrade would make the center bigger and more efficient.

Saying interactions among cultural systems plays a significant role in international relations, the envoy acknowledged the fact that culture is a major determinant of how people perceive each other and negotiate their differences. 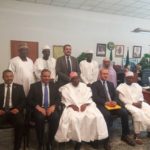 Ambassador Salama, therefore, explained that the Egyptian Cultural Center in Kano has played a proactive role in cementing the long existing relations between citizens of his country and Nigerians, especially Kano people.

“Egypt has a lot to offer to Nigeria, particularly Kano. We want to see how we can help you in manpower development, deployment of teachers and engineers as well collaboration in the field of agriculture”, Mr. Salama stated.

He further said his country is also willing to deploy teachers to assist in strengthening Islamic educational institutions in Kano, if the state government desires, adding that his country will always want to be part of the transformation of the state.

Mr. Salama described his four year tenure in Nigeria as eventful, noting that because he so much cherishes the rich culture and civilization of Kano. He said he will miss Nigeria a lot, a country which he now regards as a second home. 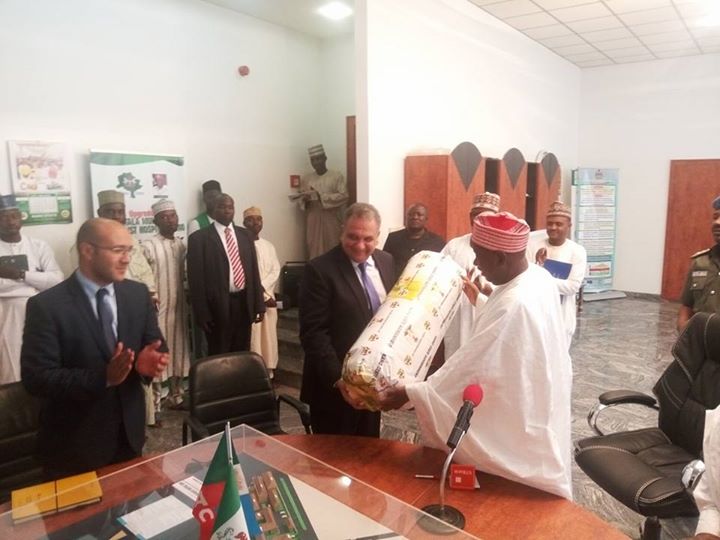 In his remarks, Governor Abdullahi Umar Ganduje expressed happiness that the Egyptian Cultural Centre would be revived for greater services to Nigerians and Egyptians residing in the country.

He noted that both countries have a long and strong history of relationship, common interests and similar challenges noting that closer ties between the two entities would yield a lot of economic and social benefits.

Governor Ganduje noted that at the moment, many students from Kano on government scholarship are pursuing degree and post graduate courses in Egypt, pointing out that this has gone a long way in consolidating the bilateral relationship.

“Our government would look at other areas where we can collaborate with your country and bring development to our people”, the governor maintained, wishing the envoy Allah’s guidance as he assumes his new posting.