Nigerians Representing Other Countries At Rio 2016

Nigeria has failed to harness some of her vast human resources who have since pledged allegiance to other countries at the Rio 2016 Olympics in Brazil.

At the Rio Olympics 2016, there are about 11,550 athletes participating, from 207 nations. It is clear that some countries have athletes competing for them who are from other nations originally. Nigeria is especially affected, as the treatment of athletes by the country needs to be greatly improved.

Here are 8 Nigerians competing for other countries at the Rio Olympics 2016: 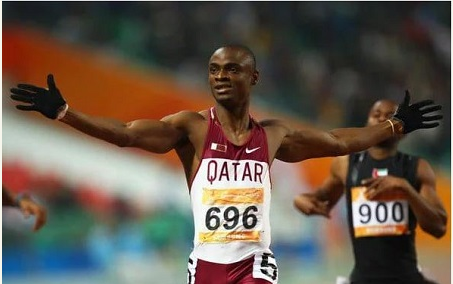 Femi Seun Ogunode was born on 15 May 1991 in Ondo state, western Nigeria. He ran for University of Ibadan and qualified for the 2007 All-Africa Games and the 2008 Summer Olympics.
However, the Athletics Federation of Nigeria left him off of the final rosters for both events for undisclosed reasons. Following these, Ogunode accepted an offer to compete internationally for Qatar. His personal best of 9.91 at 100 m makes him the current holder of the Asian 100m record. He has been running for Qatar since 2010 and has won awards in 2011 and 2014. He will be competing today, August 16 in the Men’s 200m race at 3.50pm. 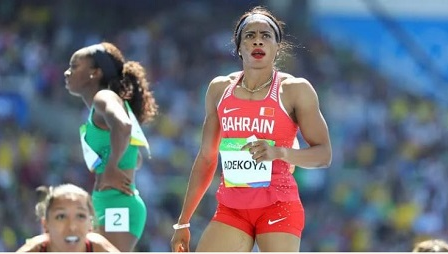 Oluwakemi Adekoya was born on January 16, 1993. She originally ran for Nigerian since 2011, but due to dissatisfaction with how the country treated athletes Kemi defected to Bahrain. Adekoya’s first race in 2014 for her new country was a surprise to everyone. She defeated the entire elite 400 m hurdles field in a surprise win.
Her time of 54.59 seconds was a world-leading one, and also displayed a banner saying “I love Bahrain” after her victory. 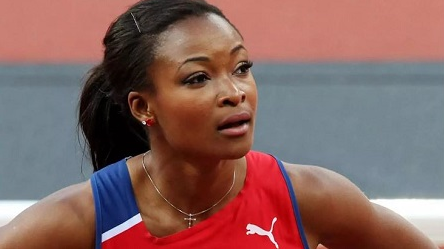 Ezinne Okparaebo was born on March 3, 1988 in Imo state, Nigeria. She is a Norwegian track and field sprint athlete. She has been living in Norway since the age of nine, and identifies as Norwegian. She has been representing Norway since 2008. This 2016 Olympics she won no medals, completing the women 100m event in 11.43s. 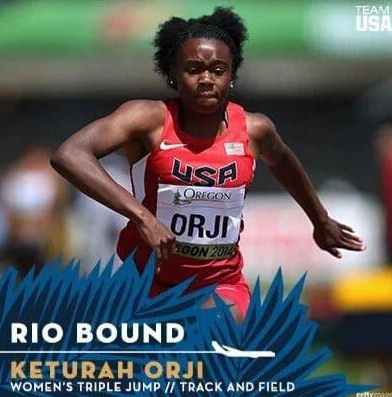 Keturah Orji Keturah Orji was born on March 5, 1996. Apart from the name Orji, which is commonly used by Igbo people in Abia state, Nigeria, we have no other connections linking her to Nigeria. She is an American track and field athlete specializing in the triple jump. Orji grew up in Mount Olive Township, New Jersey and graduated from Mount Olive High School in 2014. She placed fourth in the triple jump at this year’s Olympics. 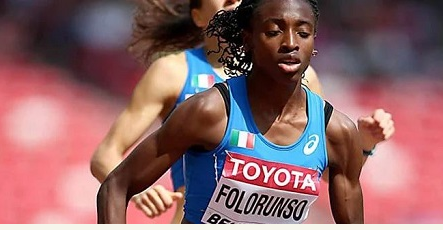 Ayomide Folorunso was born October 17, 1996. She is from Abeokuta, in Ogun state, Nigeria. She now has Italian nationality and runs in the 400 metres hurdles race for Italy. She competed in the 4 × 400 metres relay at the 2015 World Championships in Beijing and has made it to the Semi finals at this year’s Rio Olympics after coming 9th. She will be competing tomorrow, August 17. 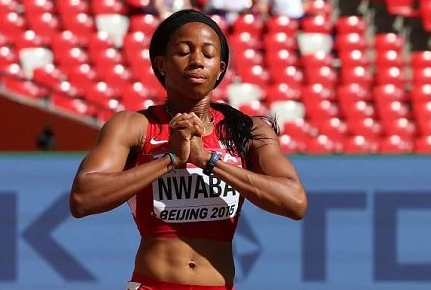 Barbara Nwaba of the United States shows her dejection after falling in the Women’s Heptathlon 100 metres hurldles during day one of the 15th IAAF World Athletics Championships Beijing 2015 at Beijing National Stadium on August 22, 2015 in Beijing, China.
Nwaba at Beijing, China Olympics 2015 Nwaba was born January 18, 1989 in Los Angeles, California, to Nigerian parents Theodore & Blessing Nwaba. The family is from Mbaitoli local government area of Imo state, Nigeria. Her grandfather is the king of their home village; Eziama Obiato. She is the oldest of 6 children and a 2007 graduate of University High School. Nwaba is an American track and field athlete, known for multi-event participation, she participates in the hepthalon, which includes javelin throw, long jump and five other events. She is yet to win any medal in 2016. 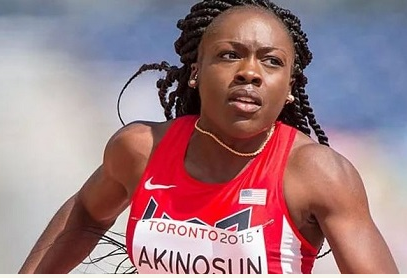 Morolake Akinosun, born May 17, 1994 in Lagos, Nigeria is no small athlete. She is an American track runner who is currently participating in this year’s Olympics. She won gold at the 2015 Pan-American Games in Toronto in 4 x 100 meter with team mates Barbara Pierre, LaKeisha Lawson, Kaylin Whitney. She is only the second woman ever to score in four events at an NCAA Outdoor Championships in consecutive seasons. She is a four time NCAA 4 x 400 champion. She will be running a Relay race on Thursday, August 18. 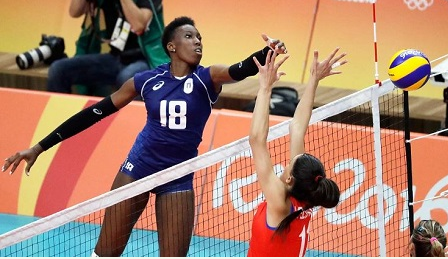 Paola Ogechi Egonu was born on 18 December 1998 in Veneto, Italy to Nigerian parents. She is an Italian female volleyball player. She is part of the Italy women’s national volleyball team and she was awarded ‘best outside Spiker’ at the 2016 Europe Olympic Qualification Tournament . Her team beat Puerto Rico 3- 0 in their last match.