Ellen DeGeneres is responding to accusations of racism she’s received since posting an edited photo of herself and Usain Bolt to her Twitter account.

“I am highly aware of the racism that exists in our country,” DeGeneres wrote on Tuesday. “It is the furthest thing from who I am.”

The image that sparked the controversy depicts DeGeneres on the back of the Jamaican sprinter as he finished first in the men’s 100m event at the Rio Olympics on Sunday. “This is how I’m running errands from now on,” DeGeneres captioned the photo.

The original photograph, which shows Bolt looking back and smiling as he is well ahead of his competitors in the semifinals, went viral following the race.

I am highly aware of the racism that exists in our country. It is the furthest thing from who I am. 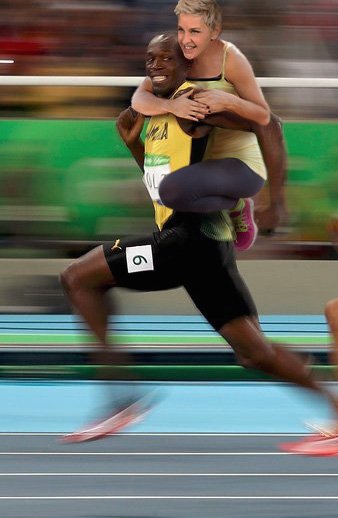 Though DeGeneres is known to use her Twitter account to jokingly insert herself in popular images, a number of people found this instance to be a step too far. People on Twitter quickly responded to the edited photograph with disdain, writing that the image has “ugly connotations” and lamenting that the edited photo seems to equate Bolt with “a common mule.”

@TheEllenShow so the first thing that pops in your head when looking at this pic is “oh let me jump onto his back like he’s a common mule”?

@TheEllenShow @usainbolt So riding on his back like a mule, a horse as some form of property is fun to you…

Become a savvy traveller in your own ...