One would think that after the first week of eviction, the contestants would hit it with their best shots. Instead, it ruffled them into various states of nervousness.

Our wonderful hosts, Bolanle Olukanni and Joseph Benjamin, dazzled and wowed us in their elegant attires. 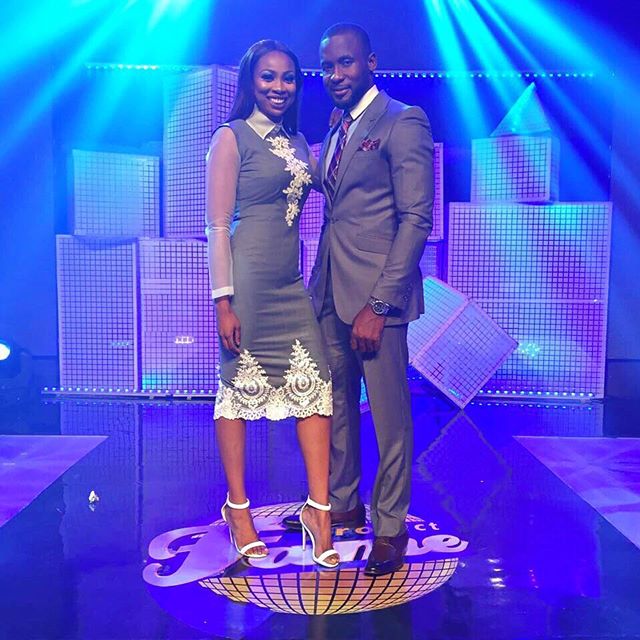 The two contestants who were saved from the wildcard contest kick started the show. Blessing performed “Olorun Mi” by Tiwa Savage while Benjamin performed “If I Ever Fall In Love” by Pentatonix ft Jason Derulo.

The first contestant in the academy to perform was Pere singing “Jealous” by Nick Jonas. His performance was noisy and understanding the lyrics was a struggle. According to Tee-y Mix, Pere is a skillful singer with a lot of talent but his performance was too conscious and sounded out of tune with the beat of the song.

Okiemute performed “Hold Up” by Beyoncé which was no doubt the highlight of the night. Bibie Brew loved her confidence; the way she took it on and how she still got the message across and maintained her sassiness.

Yusuph performed “One Dance” by Drake which was a performance that left us indifferent. Praiz felt it was a better performance compared to yesterday but the keys he sang with didn’t showcase his vocals and he wasn’t in tune.

Dapo performed the song “Sorry” by Justin Bieber which in all honesty was the best of his performances since the beginning of the competition. Tee-y Mix agreed and urged him to use it as a benchmark.

Eli performed “One Call Away” by Charlie Puth. Bibie Brew felt he was a bit shy and he should learn how to interact and be able to show us that he can handle the centre stage.

Oluchi performed “Send My Love” by Adele and it was an impressive performance. It felt so good to watch her. Praiz was impressed also but couldn’t hear the lyrics clearly.

Steve Performed “With You” by Chris Brown and it was a shaky performance. Tee-y Mix felt he was unassuming at first and sounded like he wasn’t sure of himself.

Winner performed “Bad Blood” by Taylor Swift. Bibie Brew felt the performance was beautiful and bold but it clearly wasn’t her day because she appeared uncomfortable while performing.

Kite performed “Cold Water” by Major Lazer and it was another highlight of the day as everyone could connect to the music and his performance. Praiz agreed it was a wonderful performance and to him it was the best one so far.

Mirabel performed “What You Came For” by Calvin Harris ft Rihanna and the performance was “Rihanna-fine” according to Tee-y Mix but he felt she wasn’t comfortable with the material and it shouldn’t show while performing.

Solomon performed “Sugar” by Maroon 5 and it left us wondering what was going on. In the words of Bibie Brew “When you think too much, you play safe and when you play safe, you make mistakes.”

Gabriel performed “Treat You Better” by Shawn Mendes and his stage performance was awesome. Praiz applauded him but advised that he should be careful with his mic techniques because when he cups it, he cups his tongue.

Elizabeth ended the performances for the night with “Work” by Rihanna and it wasn’t what we expected as she sounded tired from her dance movements. Tee-y Mix was however impressed with her performance as she didn’t trade singing for dancing but did both simultaneously.

The contestants who were put on probation were Pere, Winner, Yusuph, Solomon and Mirabel.

The judges said it seemed like it was becoming difficult for the contestants to understand all the rules. Tee-y Mix advised that they all learn to compose themselves and communicate properly while performing.

The faculty had words to say to the contestants on probation. Joke Silva believed that the judges were fair with their decisions and she advised that they focus on the rules and act accordingly.

Miss Ige disagreed with some of the judges’ choices but didn’t state which. Her words were “Be a wise cow, eat the grass and spit out the sticks.”

Uncle Ben advised that they learn the lyrics and tune of every song they come out to perform because the audience know all these songs.

We look forward to a better performance next week and we hope Solomon gets saved.