E!Entertainment
LA Clippers Dance Squad: Join E! this month and take a glimpse into the lives of the LA Clippers dance stars, and discover what it takes to be a member of the hottest dance squad in the NBA. To make the squad means you’ve been chosen out of thousands of hopefuls – but once you’ve got a place, you’ve got to keep it and the competition is fierce! Follow the stars behind the scenes through the trials and tribulations of the tough auditions, rigorous rehearsals and show-stopping performances, all while they try to balance their busy schedules with their personal lives and relationships Saturdays from 13 August at 18:00 CAT.
Sony Channel
Eve’s Bayou: In early Sixties Louisiana, the charismatic Dr. Louis Batiste (Samuel L. Jackson) seems to have it all: the respect of his community, a beautiful wife (Lynn Whitfield) and 10-year-old daughter Eve (Jurnee Smollett). However, in the course of a party at their house, the doctor’s roving eye gets the better of him and the ensuing illicit liaison triggers a series of tragic events. Eve’s innocence is shattered as dark family secrets are uncovered and the power of Creole voodoo on the region is revealed. Friday 12 August at 20:00 CAT.
Sony Max
Animals Unleashed: Features the most unpredictable and hilarious animal clips from around the world. From the wild to the living room, each episode showcases animals at their most surprising, mischievous and outrageous! Each action-packed episode features the very best animal clips available; whether it’s a panda picking a fight with a businessman or a parrot nipping the nose of a man who mocked its voice, this is a fun, and very funny look at animals unleashed! Starts Saturday 13 August at 13:30 CAT.
Six Degrees of Everything: This is a comedic, fast-paced show hosted by Benny and Rafi Fine who spend each week proving that anything in the world – and we mean ANYTHING – can be connected in six degrees. Using every tool in their belt, from sketch comedy and Man on the Street interviews to original songs and reality segments, the guys take viewers down the comedic rabbit hole, uncovering fascinating facts and connecting our world in hilarious, inventive ways. Starts Sunday 14 August at 20:30 CAT.
Disney Junior
Weekend Stacks: Sometimes one episode of your favourite show just isn’t enough, so join Disney Junior this August for weekend stacks of all your favourite shows. There are more chances to catch-up with your Disney Junior friends this month with stacks every Saturday andSunday featuring the best loved Disney characters. Each stack will feature 10 episodes divided between Saturday and Sunday, so if you want to spend your weekends exploring Enchancia or protecting The Pride Lands we’ve got it covered. Every weekend from 13 August from12:00 CAT. Featuring Doc McStuffins, Sofia the First and The Lion Guard.

The Vow: This month on The Vow, Sagar is forced to stop investigations when he finds out that his family members are the main suspects. Sindoora and the family finally agree to let Raghiv and Mahua married. Aniket is forced to reveal his actual health condition and this leads to Sagar taking drastic steps. Tune in every Monday to Friday at 19:00 CAT

Krishi: This month on Krishi, amidst all that is happening Krishi manages to get a second chance to be interviewed and also gets very good news. Pintu has an argument with his father and makes a drastic decision. Pinky pays for pictures of Pintu and Krishi to be taken in order to slur her name. Tune in every Monday to Friday at 21:00 CAT
Snack Attack: A snack is a special treat that can fill the space between two meals. This is the idea behind the cooking show, Snack Attack. Chef Ranveer Brar brings you innovative snack recipes using everyday ingredients and giving it a snack attack twist. The show is extremely exciting with an immense variety and explosion of snack flavors from sweet, sour, salty to spicy. Tune in every Tuesday and Thursday at 17:00 CAT. 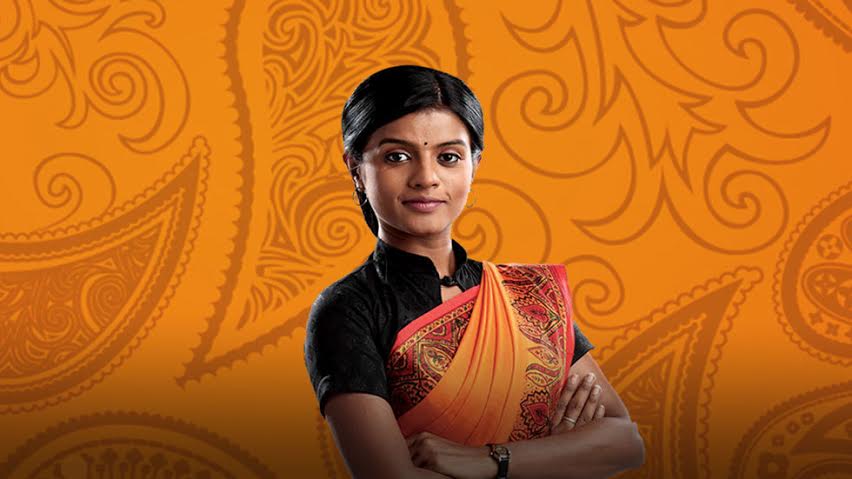 Bella and the Bulldogs: Bella was a cheerleader until she was spotted throwing a football like a pro. Now she’s the only lass on the boy’s team, The Bulldogs, and she’s showing them how it’s done … well sort of. It’s a lot tougher than what Bella thought but when the going gets tough, the tough get going. Follow Bella, her teammates and cheerleading friends in these all-new episodes as they navigate high school, fun competition and friendship.  Tune in every weekday from Monday 8 August at 16:35 CAT

Nicky, Ricky, Dicky and Dawn: Big sister Dawn knows how to lead the charge when it comes to life and her quadruplet siblings, she was born four seconds before them after all. In season two, the 11-year-old quad squad decides to turn the garage into a hang out spot to gain popularity at school. Dawn also starts playing tuba in the orchestra, which compromises the siblings’ hot dog business and on a whim the children decide to explore the mall without their folks … and end up with more than just egg on their faces. Catch them every weekday from Monday 8 August at 18:20 CAT.

If only I were you: Ignacio tells Fernanda that he loves her, but Fernanda just swears her vengeance against Leonardo. Justino drops a sedative into Tania’s drink. Ivonne makes up with Ignacio. Renata asks Fernanda if she wants to tell her the truth about what’s going on. Sara visits Elmer and finds him sick. Renata asks Daniela if she is in love with Santiago. Yesenia is about to go dancing when she sees Ines in the audience. Lupe ruins the presentation. Tune in weekdays at 16:20 CAT

A passion for revenge: Roger plans to kill Patricia. Sofia confronts Isadora, demanding to see Arturo, but with Leonardo holding a gun to his captive, it may be too late. Arturo plans an escape, but Isadora is there to stop him, and subsequently punish him. Roger takes Ulises to the place he allegedly killed Patricia. Arturo tells Isadora that he will do anything for her, even be with her. Meanwhile, Roger’s surprise for Ulises falls into the wrong hands. Tune in weekdays at 18:00 CAT.