PATORANKING OPENS UP ON INSPIRATION BEHIND HIS DEBUT ALBUM AND MORE

Dancehall sensation, Patoranking who recently released his debut album, GOD OVER EVERYTHING, on the 5th of August 2016, hosted members of the press to a media parley. The session which held at Four Points By Sheraton was organised by Spice Digital Nigeria to enable the singer have an intimate chat with journalists. He answered questions about his album; inspiration and challenges encountered.

The singer also shed light on the inspiration behind his music. He revealed that he leans on experiences he has garnered over the years. He encapsulates the entirety of his being into his music. He further added that he makes music that everybody can relate to and this also influences his choice of collaborations. 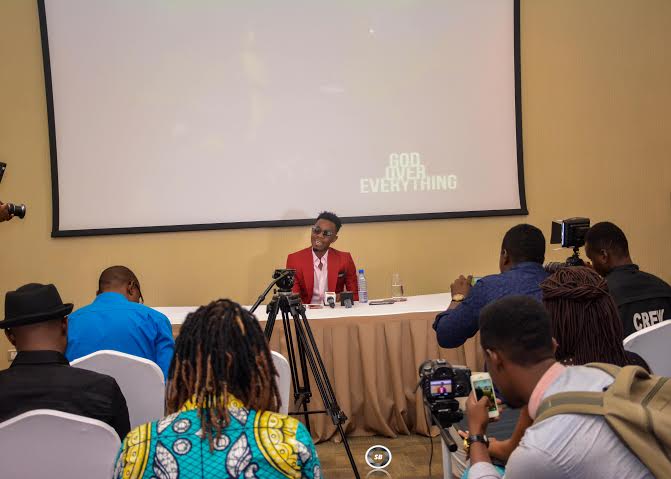 The Foston Musik Star, further brought to light the key individuals behind the success of his music and the release of his album. He shared that his team worked tirelessly on the album, chose the songs on the track list while he was away on business. When asked the reason for the delay in the release of the album and the challenges encountered , he stated that he wanted to take his time to acquaint himself with his audience and faced challenges from putting sounds together to points of losing creativity to write or record. Ultimately, he admitted it was a tough but an indeed fulfilling journey.

Finally, he spent time signing physical copies of the album which is yet to be released into the market and taking pictures with members of the press.