Sad! 3-year old girl ran over by car on her birthday

It was a birthday celebration turned tragic as a three-year old toddler girl was ran over on the very day she was celebrating her birthday.

Jayda Handy ran onto the road near North 84th and West Marion streets in Milwaukee to meet her grandfather, when she was struck by a car about 2pm on Sunday.

The party continued afterwards, with family and friends saying that it is what the three-year-old would have wanted. 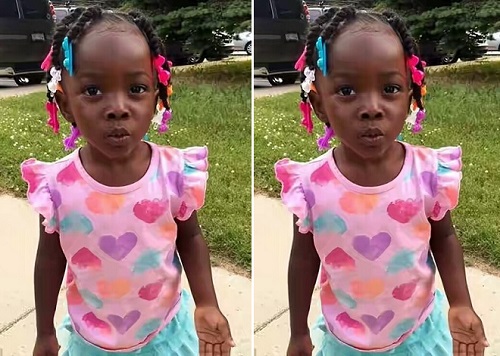 ‘She was just here preparing for her party all morning… She saw her granddad, she ran over there….

The heartbroken father added the driver of the car who hit his daughter was ‘flying through’ when the accident took place.

Police said the driver remained at the scene after the accident and is helping with the investigation.

No citations are expected as it is believed the person was driving legally.