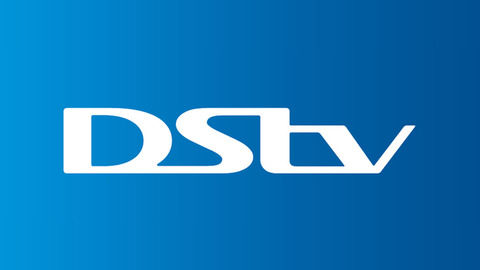 Welcome to the month of August! DStv has an amazing content line up for you and your family to enjoy this month. From movies to series to cartoons, there is something for everyone.

A brand new family sitcom, Crowded, premieres on M-Net. In the series premiere, Mike and Martina are caught off guard when their two grown daughters decide to move back home. Premieres on Saturday, 6 August at 7:30pm.

Selfie, the brand new romantic comedy on Comedy Central follows social media obsessed salesgirl Eliza Dooley, who thrives on internet fame. She gleans happiness from likes and follower numbers, until an embarrassing video goes viral and she realises being “friended” doesn’t mean you have actual friends. A modern day My Fair Lady, the story follows narcissistic Eliza’s journey to redemption with the help of Henry Higgs. Henry starts to fall for his new, more real “creation”. Will they or won’t they hook up? Airs from Tuesday, 2 August at 7:35pm.

Meanwhile, on Studio Universal tune in for Action Saturdays with the ‘S’ men – Wesley Snipes, Jason Statham and Steven Seagal and catch Matt Damon in the Bourne trilogy.

Silver Lining: This month on Silver Lining, Isha and Ira try to escape but are caught and have to face the consequences. Shyam feels guilty for leaving his children at the orphanage and goes in search of them. Devki tries to cause a rift between the two sisters by turning Ira against Isha. The children at the orphanage turn against Bhola and Isha has to choose whether to stand with them or against them. Tune in every Monday to Friday at 5 pm.

King of Hearts: This month on King of Hearts, Roshini receives a notice to relocate the orphanage and goes to the Kuraka Company to confront them. Durga finds herself undermined in the business world and is determined to leave her mark. DD is out to play matchmaker between Roshni and Krish but it seems that her plans are not working out as Roshni realizes her feelings for Siddarth. Catch it every Monday to Friday at 8 pm

Kiddies Treat: Kiddies Treats is a show designed for young mothers who are faced with the challenge with feeding their children interesting food that is both healthy and interesting. Chef and mother, Gurdeep Punj will lead you through simple recipes that are wholesome and easy to make at home. Besides everyday snacks and lunch-box meals. Tune in every Monday, Wednesday and Friday at 4:30pm

The Great Indian Kitchen: Join chef Ranveer Braar in The Great Indian Kitchen as he takes is an epic culinary journey across the seven Indian states. On his journey we will meet a variety of traditional chefs and enjoy recipes that have been carried across generations. The show highlights many hidden facets of Indian cuisine we are yet to discover. It’s time to hit the road and unravel the secrets hidden in traditional Indian kitchens. Tune in every Tuesday and Thursday at 8 pm

All Roads Lead To Eva: The strikingly beautiful Eva Soler has attained great success in life. Her outstanding resolve and values have led her to proposer in business, designing strategies and routes, something she began to do at a very young age when she accompanied her father, a truck driver, on the open road. Together with her husband she has managed to build the Mon-sol trucking empire, as well as a beautiful family. All was well until an unforgivable betrayal landed Eva behind bars. Tune every weekday from Monday, 1 August at 4:10pm

If Only I Were You: Ines talks to Pedro about giving Elmer an opportunity. Ivonne tells Ignacio that she will tell the truth to Leonardo about him and Fernanda. Basilio tries to convince Pedro to conceal the truth for now. Meanwhile, Humberto gets upset with Nora because she questions his trust for Ignacio. Renata looks for Paloma to talk about Pedro, asking her to postpone the wedding. Fabiola refuses to be with Humberto, and Sara apologises to Ines. Tune in weekdays at 3:20pm.

A passion for revenge: Isadora continues her investigation into Julia Ortiz. Meanwhile, Samuel and Andrea share a passionate moment, but someone sees them. Isadora swears to her cousin that she will stop Arturo’s wedding. Miranda asks Veronica for forgiveness. Then, Arturo and Sofia come under fire. Leonardo tells Isadora that he will kill Arturo. Isadora’s men apprehend Arturo and tie him up. Meanwhile, Samuel and Andrea become intimate. Tune in weekdays at 5 pm

Wabbit: Bugs keeps hop, hop, HOPPING! Bugs hops back on screen, and is terribly busy! With a carrot in hand, as always, this bunny is on a mission, from mastering the art of yoga, to attempting to teach Bigfoot the difference between imagination and reality, whilst desperately avoiding Yosemite (of course) at all costs. For more hilarious bunny trouble and struggles, tune into Wabbit every Monday to Friday at 5:15pm

Mr Bean: The misadventures of Mr Bean continue and man, are they hilarious Tune-in and watch as Mr Bean’s attempt to find treasure slowly turns disastrous, as the hole he begins to dig becomes too great! If nature wasn’t mean enough, the Brit finds himself fighting great battles against a winged beast (a fly)! Perhaps Mr Bean should just stay indoors to avoid all mishaps, and when he grows bored, should he smuggle a parrot past Mrs Wicket. Catch him every weekday at 3:40pm

Discover the Olympics: Learn the rules of the different Olympic sports through this great new show. Helped by our 2 animated friends, Cecile and Pepo, kids from 3 to 10 will watch the most popular Olympic sports and learn a little about the basic rules. Tune in every weekday this month at 12:50 pm or 4 pm.

Playdate: Every kid believes their toys come to life when they’re not around and on Playdate they really do! Mac, Sammy, Priscilla and Buckie are the beloved stuffed animals of Jacob and his friends Enzo,