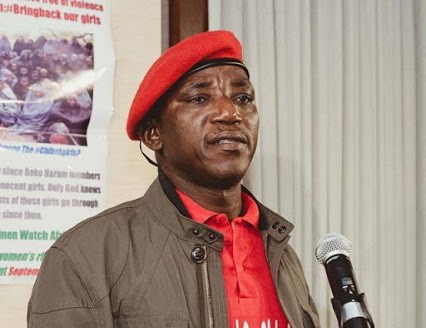 Barrister Solomon Dalung has vowed to discipline the U-23 national football team coach, Samson Siasia and every other team official who took to the media to cry out over perceived poor preparation ahead of the Rio 2016 Olympic Games which begins on Friday.

In a statement released by the minister’s Special Assistant on Media, Nneka Anibeze, Dalung, who is in the USA to visit both the U-23 football and basketball teams heading to the Olympics, stated that officials who violate the code of their profession would be sanctioned.

Dalung frowned at the deplorable conditions in the camp and called on captain John Obi Mikel to help restore sanity in the team as the Ministry moves to remedy the situation,Vanguard writes.

“The Ministry was not carried along in line with approved training and camping programs for the Games,” the statement read.

“There is no doubt that the ministry was not considered while plans were being made for the Olympic football team. Nevertheless, we shall intervene to remedy the situation. I have appealed to the captain to assume control of the team and restore sanity. For officials who decided to violate the code of their profession and take to media rampage(sic) to secure cheap blackmail, their conduct will definitely be measured with existing rules.

“We have decided to restore sanity and discipline in Team Nigeria. We shall stop at nothing to sanction any conduct that is not within the code of Rio operations. All federations are hereby directed to stick to the rules.”

The statement added that the Minister was properly briefed about the state of affairs by the captain of the team John Mikel Obi and the Consulate in Atlanta, as Siasia was totally ignored.

Furthermore, arrangements have been concluded to airlift the U-23 team in a chartered plane to Manaus, Brazil, venue of their opening clash against Japan. Clearance has also been obtained from the International Olympic Committee (IOC) in Rio to facilitate smooth flight operations.

WATCH THE TEASER OF SOMETHING WICKED (PREMONITION) ...