Video: How NAF’s airstrikes kill hundreds of militants at Arepo 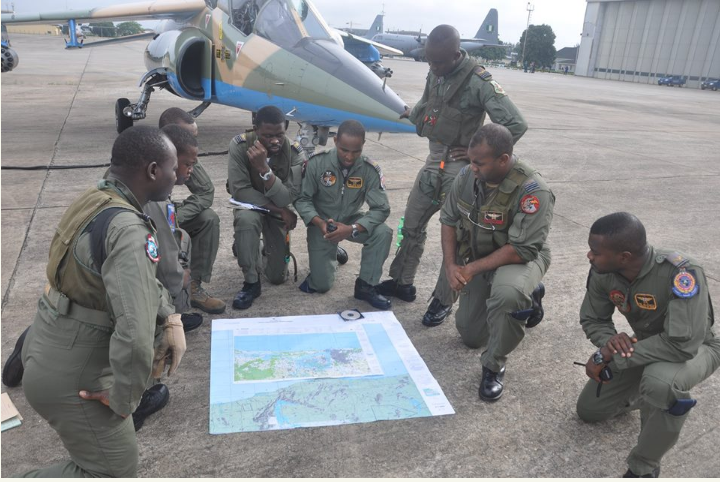 The Nigerian Air Force (NAF) again  struck at criminal hideouts and camps harbouring pipeline vandals at AREPO and environs. The latest air strike is in continuation of the aerial bombardment commenced by the NAF on Thursday 28 July 2016 to rid the affected areas of pipeline vandals and other criminal elements.

The ongoing air operations is aimed at providing air support for the Joint Task Force recently set-up by the Defence Headquarters to dislodge pipeline vandals in the South West region of the Country in an operation codenamed OPERATION AWATSE.

There are strong indications based on analysis of the enclosed footage on Intelligence, Surveillance and Reconnaissance (ISR), as well as Strike and, Battle Damage Assessment (BDA) missions undertaken by NAF aircraft that the vandals have been sufficiently displaced from their current locations at AREPO while their criminal activities have also been heavily disrupted.

The NAF however is intensifying its ongoing air operations day and night to neutralise the remnants of the vandals who might have relocated deep inside the Mangrove Forest.

Recall that the NAF is at present operating in 4 zones across the country to tackle various forms of internal security challenges. They include insurgency in the North East; cattle rustling, kidnapping and armed robbery in the North West; militancy in the South-South; and pipeline vandalism in the South West.

Waje’s androgynous look to the finale of ...