It had been all anger and pain for households as the price of tomatoes hit the roof across the country as a result of scarcity caused by tuta absoluta, also known as “tomato ebola”.

This affected the crop in most parts of the north-west, notably Kaduna, Jigawa, Katsina and Kano states.

At the Line Dogo (Rail Line) tomatoes and vegetable market in Kaduna on Saturday, it was a beehive of activities.

Buyers could not believe their eyes as tomato prices had crashed to a two-month low.

Abass Mai Tumatur, chairman of the tomato sellers, told TheCable it was a “pleasant relief” for everyone as tomato is now available and in large quantities. 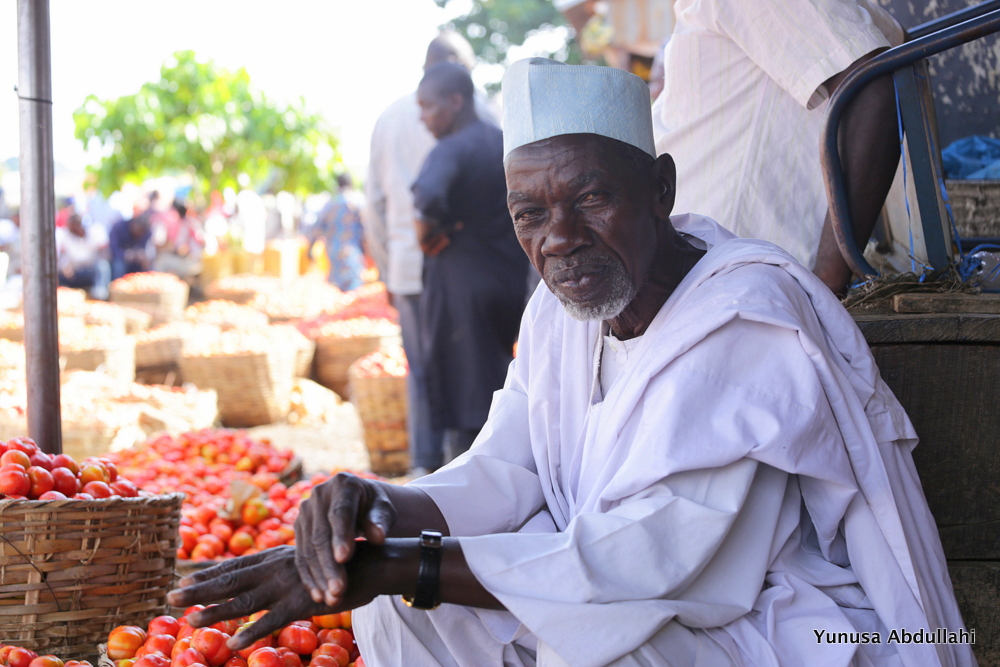 Mai Tumatur: Things are getting better

“Tomato scarcity is nothing new, but it was made worse this year  by the invasion of the moth,” he said.

He said the insects mutate more during the dry season but don’t survive during the rainy season.

“The rains coupled with the efforts of government have helped tremendously in making tomato available,” he said, praising the government for the “timely intervention”.

He assured the public that the fear is gone now “and hopefully for good”.

Farmers were left stranded and helpless as the moth ravaged their farms and left destruction across the farming community, making a pot of soup as expensive as gold.

Hotels and restaurants, in particular, faced a nightmare as the crisis also shot up the price of canned tomato paste.

Many were not aware of the reasons for the scarcity as frantic efforts were made to to address the situation.

Nasir el-Rufai, the Kaduna state governor, declared a state of emergency and dispatched officials to Kenya to find ways of tackling the ravaging insects.

The cost of the destruction in the state, according to el-Rufai, was close to N1 billion.

Audu Ogbeh, minister of agriculture and rural development, also commissioned experts to find solutions to the disease outbreak “as soon as possible”.

The insect originated from South America around 1912 and has spread to other parts of the world.

Reports suggest the insect came to Africa through Republic of Niger.

Popular Celebrities that had so much but ...